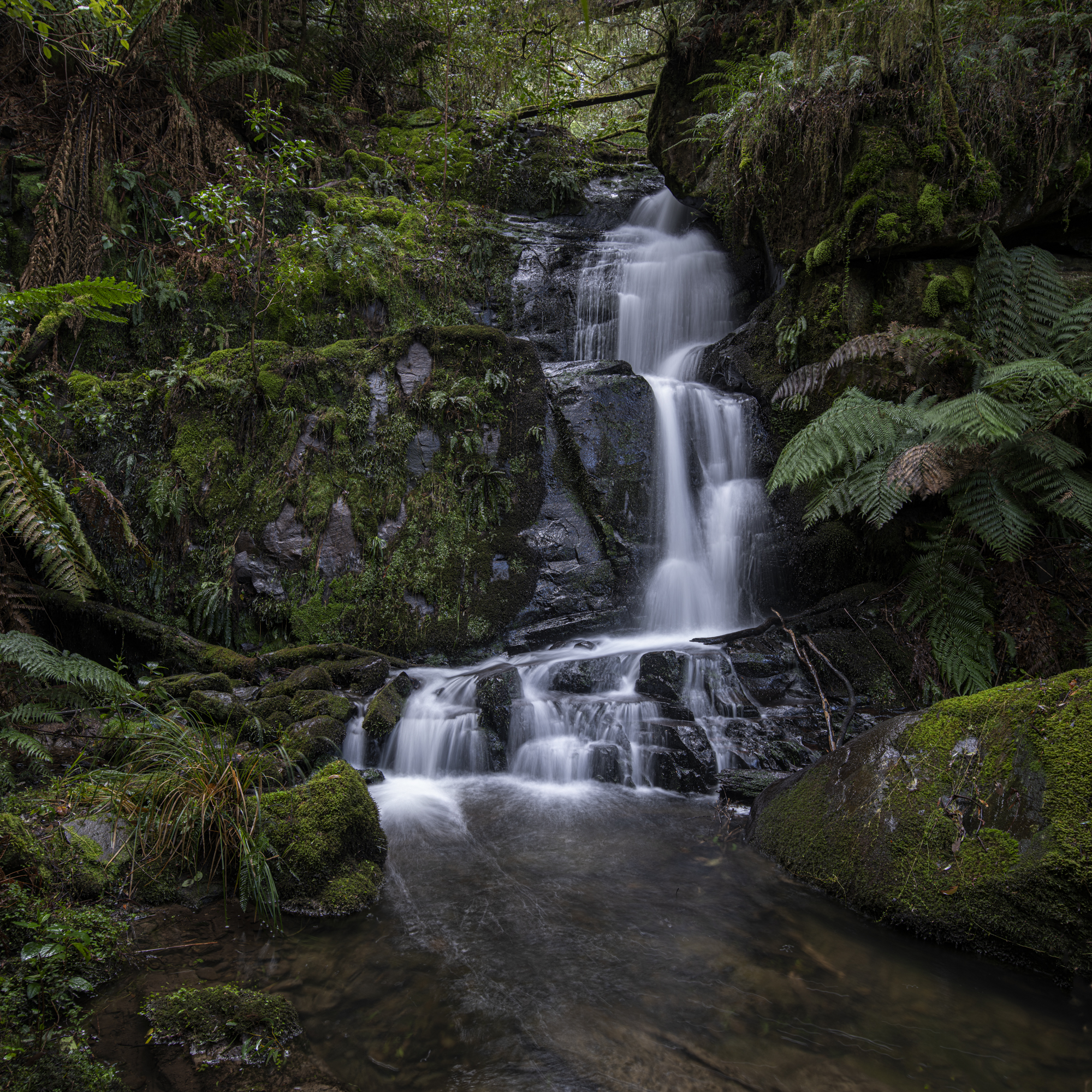 I was out photographing a waterfall located along a ribboned walking track, as I walked out, I hit a junction and took a left turn. This proved to be the incorrect path, and once I realised this I back tracked. All would have been OK, but the light was fading. Before I could get to the original junction point the fading light got to the point where I had to make a decision about what to do.

After seeking advice from several walkers who knew the area (I had mobile reception), I assessed that it was going to be likely that I may be overnighting in the bush. But then as rain and a storm kicked in the decision was made to call 000. The operator gathered the map co-ords from my phone (google maps) and passed these onto the Police.

Whilst communicating with police, the phone battery was quickly dying, and at about 3% I was advised to activate my EMERGENCY BEACON. During the next 2.5 hours I was visited by many a leech (they seemed to like lips and an eyelid). When I heard a police siren in the distance and could see lights and two people calling out I made my way to the direction of the light, and ultimately back to the car. After checking I was OK, they followed me back as far as the nearest town and checking in with me, and they were happy for me to drive home. But once home an officer from local station drove out to make sure all was good.

A simple mistake, and if I did not have the emergency beacon the result could have been vastly different…

Since then I have purchased a handheld GPS, and started the process to replace the emergency beacon. Additional items have gone into my bag, including extra batteries for my torch and a power pack for the phone. I have been asked several times now ‘were you worried’ to which the answer is no, contact had been made, I was not moving location and I had a degree of shelter. Others asked did you panic, well no – panicking gets you hurt.

I had been staying to the formed paths for far too long, and hence i purchase the PLB.  With a GPS unit planned to be added a few weeks after that.  I would not have gone of track without this PLB, and if I had my GPS could have got out.  But i didn’t and am so pleased that the beacon worked so well.