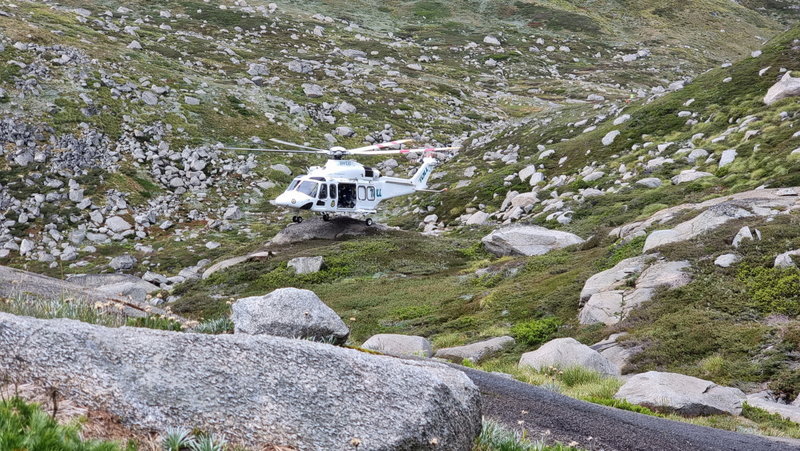 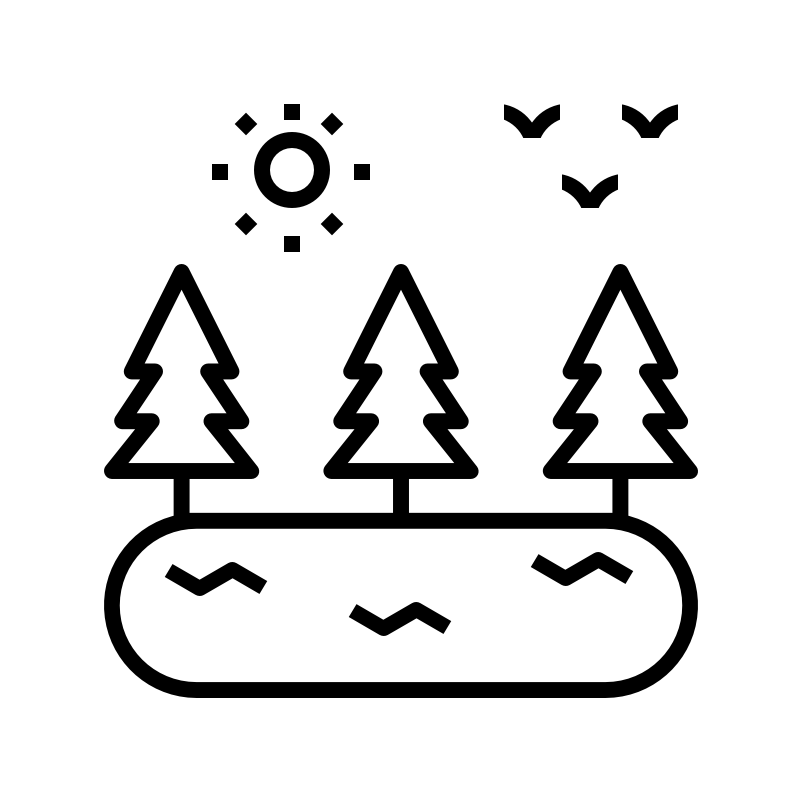 A PLB is a “Personal Location Beacon” and every solo walker or hiking party should carry some kind of emergency device. It can save your life, or save you from an epic, extraordinarily painful self-rescue.

I’ve walked for years with a ResQLink+ PLB and wondered, from time to time, if I would ever end up using it. This is about that time I rolled my ankle and realised that day had come.

It had been many years since I’d walked the Main Range Loop in the Kosciuszko National Park and I had a new pack that needed a shakedown. As familiar as I am with the country, there were still places I had never walked. Mount Du Four, Alice Rawson Peak and to my surprise, Blue Lake, although I may have visited Blue Lake a long time ago, Ski touring.

Sounded like a plan so I drove to Charlottes Pass. Walked to Seamans Hut, had a cup of Tea, then past the crowd at Rawson Pass and followed the track to Mueller Pass.

Along the way, I bumped into a couple of NP Rangers. I told them I was heading to Townsend and asked about the track closure, on the Eastern side of Lake Albina. Most were by-passing the track-work and walking the Northcote ridge. An alternative was to walk down to Lake Albina and then up to Mount Lee, which caught my imagination.

An early lunch overlooking Lake Albina then up to Muellers Peak. The traverse along Muellers Peak was fun but to cut a long story short, rain and not finding a campsite in the Abbot-Townsend saddle, meant I ended up camping on the eastern side of Townsend.

The next morning, I headed up to Alice Rawson Peak, while my tent dried out. Returned, had breakfast, and headed across to a ridgeline I had scoped out, and sauntered down to Lake Albina.

Walking down from Alice Rawson peak was spectacular. The variety of vegetation and views are maybe the best the Snowy Mountain has to offer. Walking cautiously, zig zagging around, avoiding any big steps or jumps to save my knees because today’s plan included a fair bit of up and down. I wanted to save the knees for later in the day. It was once down below the waterline of Lake Albina, that things went seriously wrong.

Walking across a relatively flat section of grass, not Alpine Tussock, my foot slipped on the wet grass. I half crumpled, half tried to recover and then went down, I heard two loud cracks and one smaller crack! I knew immediately this wasn’t your normal rolled ankle you could walk off.

Shock set in instantly. I was initially worried about my bad knee, but it was fine and I think it actually cracked my knee back into place. Its better now than it has been for years! While in shock, you’re relatively pain free. Taking this opportunity to check my knee and ankle and have a feel around. I wasn’t vomiting so hopefully nothing was broken.

Slightly disoriented, I couldn’t walk straight away and rested for about 20 minutes. In the meantime, I considered what could be the self-rescue route, and if it would leave me in an even worse position. I was at least a day’s crawling to get to the main track, and once spotted, rescue services would be called. It would probably be a waste of time and pain.
Testing my ankle confirmed bits were seriously not right. At that point I realised, that day had come. The day to pull the trigger on my ResQLink+ PLB.

After another 10 minutes to make sure my thinking was right, I set off the PLB, crawled around and pegged out my tent, not properly, just laid out on the ground. I laid out my yellow sleeping mat for rescuers to see, put on warm clothing and got out of the intermittent rain. The shock started to subside by then and the pain starting setting in. I started shivering from shock, took 4 Panadol and waited. I even started reading an Isaac Asimov novel, in a vain attempt to take my mind off my situation and the pain.

The ResQLink+ was flashing but had the authorities picked up the signal? Were they going to come? I didn’t know, but worst case, I had 3 days of food and a ridiculous amount of Protein Bars LOL. By that time, my partner would have notified authorities. Hopefully.

Three hours passed and a helicopter arrived, circled, then circled again, headed off to around where the track-workers were, a couple of kilometres away.

Then the pilot returns and touches down on a boulder 100 metres away. Surely their not going to land there! Amazing. He didn’t quite land. He sat it down long enough for a Paramedic to climb out and then left.

The Paramedic walked up, we had a quick chat about the situation, checked out my injuries, got me ready for evacuation and explained what was going to happen. He then called the Helicopter back.

Meanwhile some track-workers arrived which was fortuitous, because they were able to take my pack and leave it at the National Parks Office.

I was winched into the aircraft.

It took 40 minutes to fly to Canberra and then another short Ambulance ride to get to hospital. And at that stage, its as if you just walked off the street and into the Emergency Unit, although the Paramedic did help me jump the queue and get comfortable on a bed. X-rays confirmed I had broken my Fibula, a cast was put on and a few days later, I was back in Sydney for surgery.

What I didn’t know at the time, was everything else going on in the background. 4 people playing cards get a call out, jump in the helicopter, save me and then back to playing cards. Not quite.

Soon after I set off the PLB, my wife gets a phone call from the SES. Asking questions about me but couldn’t tell her anything, because they don’t know what has happened either. You can imagine she was starting to stress out. SES then start calling in the troupes and getting ready in case the helicopter couldn’t rescue me. Two Ambulances headed up the mountain, Jindabyne Police rang my partner, “Is he suicidal?” among other questions, making sure I wasn’t a danger to the rescuers. National Parks get notified and send out the word to staff. There would have been others as well.

I have no idea but imagine there must have been at least 30 people directly involved in my rescue. That’s a lot of resources! and it’s great to know they’ll do everything they can to get you to safety as quickly as possible.

I don’t think I did anything wrong; I wasn’t being stupid or showing off, I was prepared in case of an accident, and I had a good idea of what to do in the circumstances. But I do think I could have done some things better. There is a wealth of information out there about walking safely but here are a few things that I’m not sure I’ve read about before

I’ve changed my view as a PLB being the right choice. If you don’t have a lot of money, a PLB is a perfectly good choice, but the ability to communicate your situation to rescuers and loved ones is worth the extra cost and monthly subscription fees, to have two-way satellite communications. I’ll buy an Inreach Mini as soon as I’m back on my feet.

Age, weight and fitness does matter. I can’t get any younger, but I could have been fitter and less overweight. The way my foot slipped and the way I fell, it probably would have broken my leg anyway, but then again, maybe not. And it could make all the difference if I have an accident into the future. I’m also losing muscle tone in recovery. Being fitter than you “need” to be makes a difference.

Wearing runners could have been more of a contributing factor. Not so much as far as support goes but a more traditional hiking boot, tends to give better grip over a wider variety of terrain. I have wide, slightly pronate feet and it’s so easy to find a pair of runners that are right for me. Finding the right hiking boots is a lot harder. I love runners but now, I think I’ll pay $$$ and get proper custom foot beds (for my pronation) and move back to a regular hiking shoe. I suspect I have lost proprioception in that ankle for now, so a mid-boot or strapping tape will be required for the next couple of years.

Fixomull might be great for blisters, but it’s not strapping tape. I’ll never walk without strapping tape again. It didn’t make a difference this time but when considering self-rescue options, I regretted not having strapping tape. Make sure you know how to strap ankles and knees at the very least.

Don’t be embarrassed. We pay a lot of taxes over our working lives. Billions squandered for political favour and gain every year. Spending a few dollars on you, when you need it, is not a problem. In fact, rescuing you straight up could be cheaper on the public purse than the extra damage done through self-rescue. As a side note, a common reason for rescue is people getting lost. Now that would be embarrassing for an experienced walker but still, a potentially valid reason to trigger your PLB.

There you go, not good but it happened, and it can happen and it does happen. Only this time it was me

Take your wallet or at least some ID and a credit card/cash. Sitting in a hospital with only the cloths you’re wearing, no credit card, no cash and a phone with 20% power remaining, is going to make life more stressful than it needs to be.

I would like to thank the South Care Team down in Canberra for coming to rescue me, the track workers who took my new pack back to the National Parks office in Jindabyne and my partner for nursing me while I was hopping around for the first couple of weeks.

My husband and a friend who just happens to be a member of local search and rescue Southland set up a search and went looking for me.