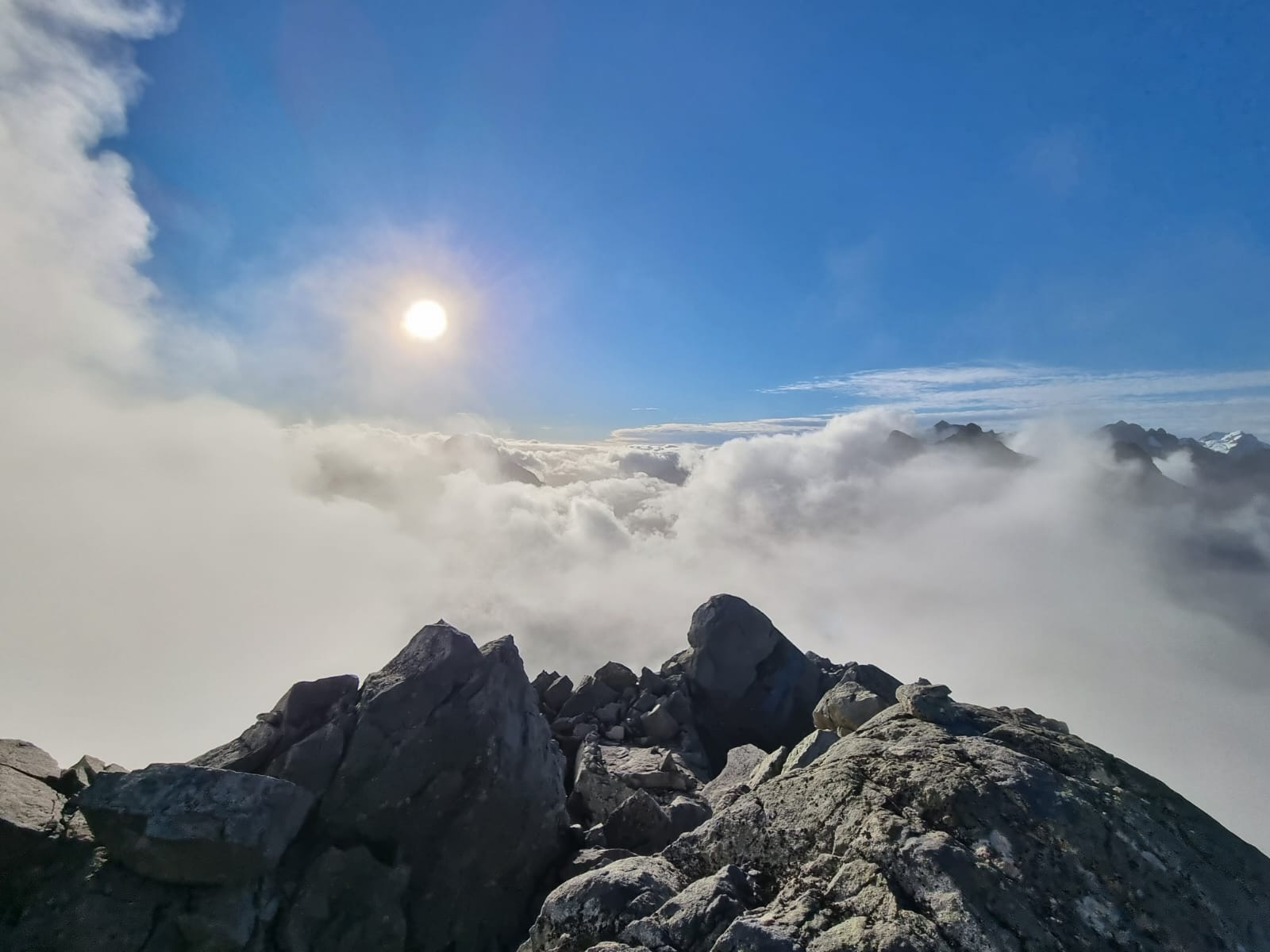 The hike on this day was due to be as uneventful as always. The day begun as part of a trip around the Otago region of New Zealand’s South Island. Living around Queenstown for almost 10 years, one of the hikes to be ticked off the list was Gertrude Saddle near the small town of Te Anau.

Upon arrival, the day was fine and pleasant. Breath-taking in fact; considering the location. Being an experienced hiker, meticulous preparations had been checked off prior to arrival. Layers, provisions and most importantly, telling someone of my whereabouts and when to expect to hear from me. After this trip, the latter has certainly been reinforced.

The hike is signposted to take 4 to 6 hours to complete. Being relatively athletic, the lower of the timeframe looked more than achievable, just like every other hike. Beginning the ascent, all is well. The scenery, sublime. The location, undeniably beautiful. The odd break here and there, the summit was reached. Or so it seemed…

Content with the achievement, the descent to the carpark ensued. Despite being met with the same beautiful scenery, a distant weather front was developing and the path seemingly different. This weather phenomenon being observed was not forecast and features noted on the ascent were amiss. After deduction, a realisation had been met that a wrong turn was made.

Staying calm and applying logic to the situation by retracing steps, looking at photos taken to try and orientate with the surrounding area were proving futile. During this time of attempting to correct this, the path had gone and was replaced by the odd, scattered track marker and shingle.

As the situation developed, two-way communication methods were attempted using mobile GPS or to place a phone call. Only to be met by the ‘No Service’ banner, scrolling across the phone screen. Some time had passed and nearing hour six of this hike, situational awareness and panic had began to develop. In doing so, slipping on the shingle path and sustaining a head injury in the process.

The weather front was here, visibility was deteriorating and with daylight saving times currently in effect; the notion of daylight drawing to a close left only one reasonable course of action remaining. The deployment of the locator beacon.

Shortly after initiating the ResQLink 400 beacon, the emergency contacts registered with the national search and rescue authority were notified. Being that someone knew my whereabouts along with departure and arrival times, this information was swiftly conveyed and a helicopter was dispatched. Within the hour, resigning to rationing food and water along with seeking shelter for an extended night on a cold mountain, the sound of a helicopter approached and a huge relief washed over. Despite the weather deteriorating, a quote from one of the rescuers…

“If you were any later, we may not have found you tonight through the cloud cover”

Referencing the inclement weather, the return to my car for this 4-6 hour trip became a nearer 10 hours.

All things considered, the ResQLink 400 beacon saved my life. I owe a sincere thanks to the search and rescue team for their incredible work in safely recovering me from the mountain. They were calm, supportive and reassuring. They spent time with me at my car to help settle me afterwards as I worried about what could have happened.

Please. Whatever you do outdoors. Always carry a beacon.

Even the most experienced adventurers can be caught out. Not carrying a locator beacon could make the phone call your loved ones receive very different to the one you were expecting.

The ResQLink 400, such a wonderful and compact design. And ever so reassuring. Especially when activating the beacon, the red light that then turns green as an acknowledgement gave so much reassurance that help was on the way.

**Based on test report from an accredited laboratory

After analysing the situation for a good 45 minutes, and realising that those wheels weren't going to start spinning again anytime soon, I pressed the beacon.