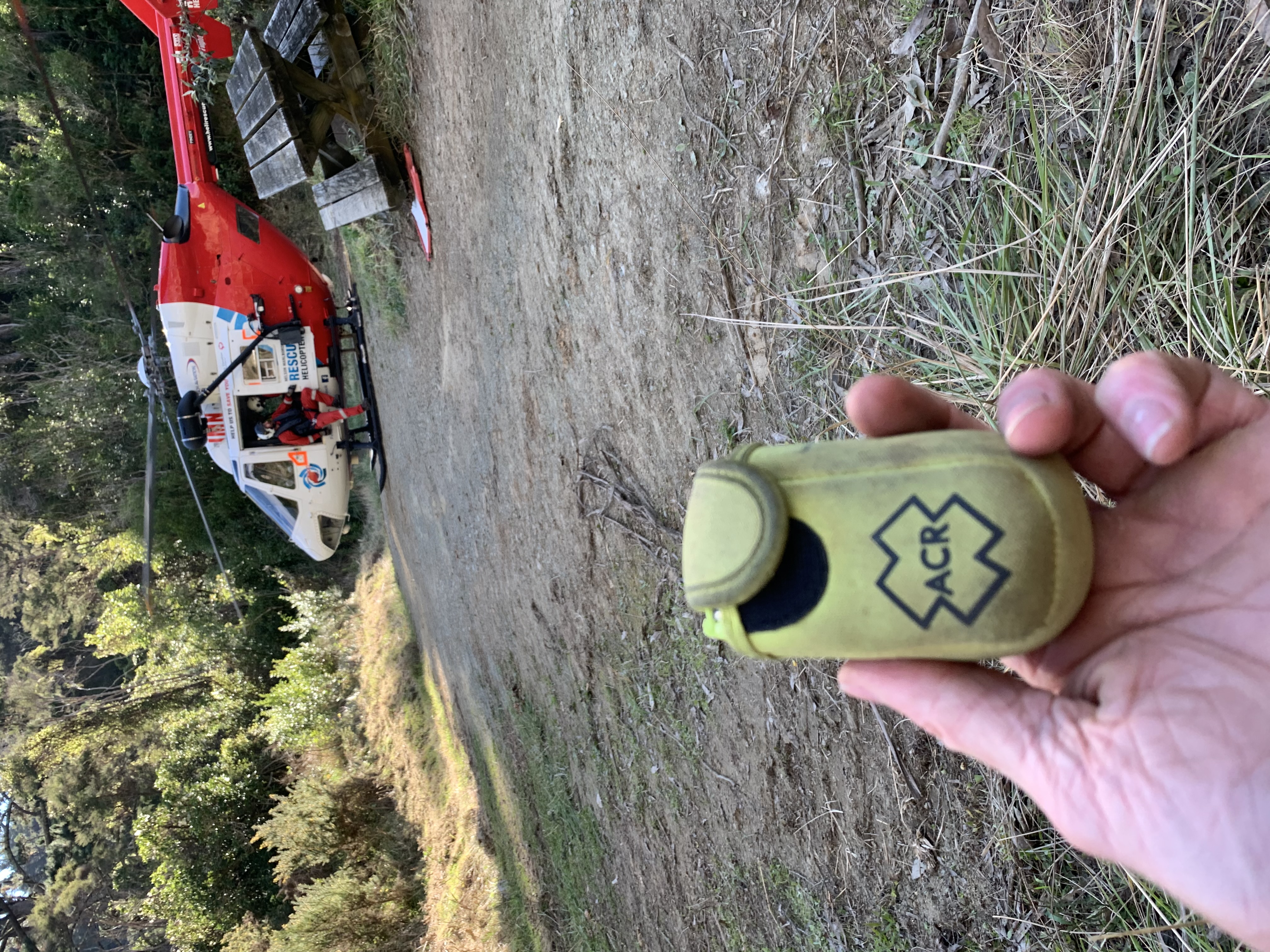 Posted on May 11, 2021 by Anonymous Mountain Biker

I was out in Codgers MTB park which is pretty close to the Nelson central city, riding a couple of laps on Turner’s trail when I came across a couple of mountain bikers. One of the riders was sitting on a picnic table the other was trying to make a phone call with a couple of dogs pacing around his feet. I was about to ride on but I noticed the rider sitting was covered in dust down one side of him, a sure sign he had crashed. I stopped, it soon became pretty obvious this rider had had a major stack, I have a background in MTB guiding so quickly did an assessment of his injuries, it quickly became obvious he had severe concussion and was very confused plus some sort of shoulder injury my take on the situation was this chap needed to get to hospital quickly. The other rider wasn’t having any luck with making 111 phone call so it was obvious the PLB needed to be activated. We were in a steep-sided valley with no cell phone reception but I was keen to get a backup phone call to emergency services as well, a young fella turned up on a ebike so we sent him off to find reception to make a phone call to emergency services with location coordinates to be given to the NZ emergency coordination centre. So within 25 min the emergency helicopter arrived using the coordinates send by my PLB and took the injured rider and his bike to the hospital. His dog was taken back to his home by another rider who was out riding with his dog as well legend!

Make sure that you clear the site of debris that may get caught up in the helicopter landing site. While we waited for the helicopter we made sure to keep the patient comfortable as possible, in this case, the rider was in shock and needed to be kept warm I had an emergency blanket which we wrapped him up in, also had another rider sit and hug him to transfer some body heat. Never make a presumption that even though you are close to an urban area you will be able to get cell phone reception. A lot of the time it is easier to helicopter out an injured rider from a bike park as vehicle access can usually be very difficult, this is definitely the case in the Nelson MTB trail network.

Big Thanks to team ACR. Never leave home without a PLB even on a short ride you’ll never know when you need it.