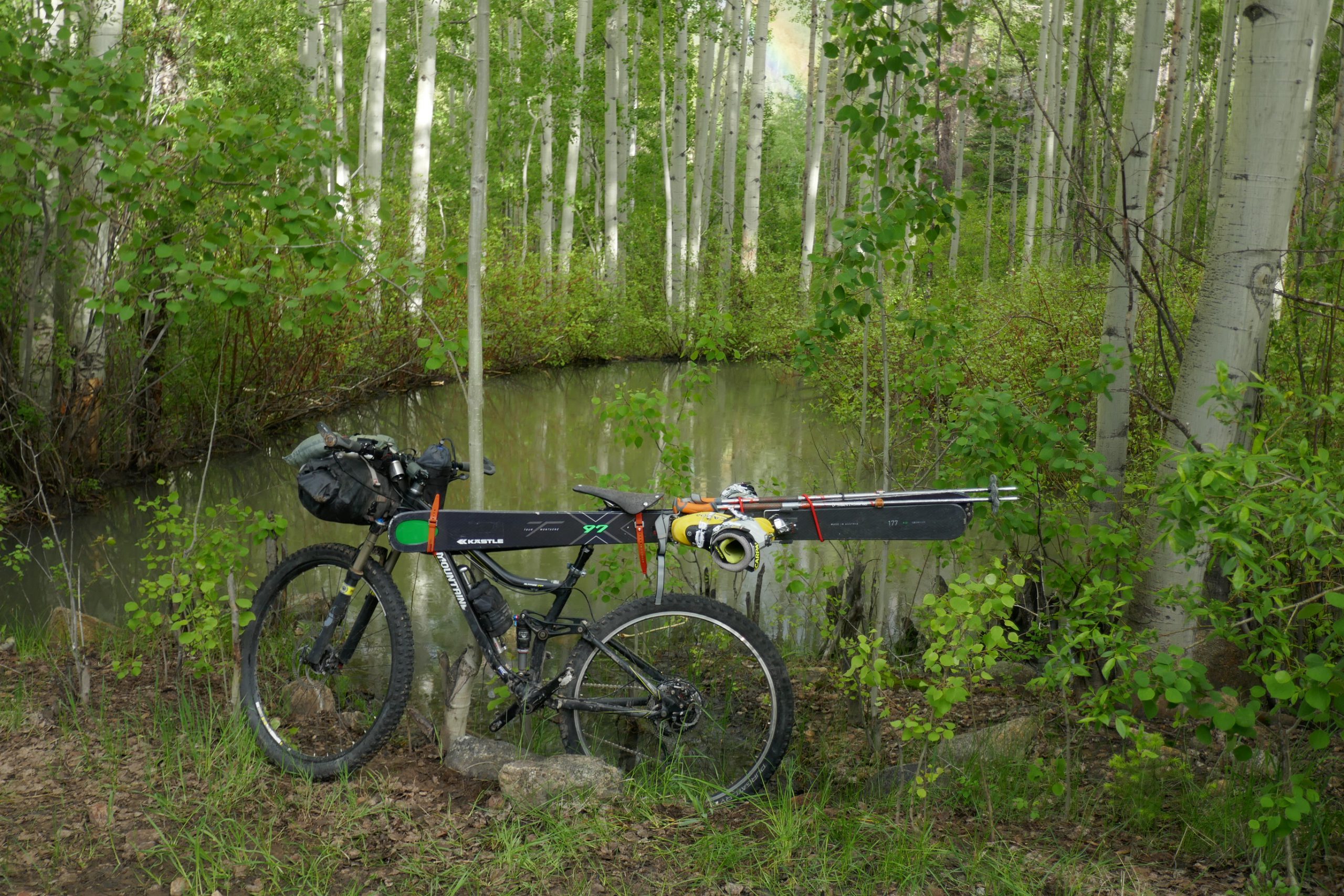 It was late June of 2019. My friend Jack and I were on the top of the Mt. of the Holy Cross. The events preceding our summit included a 10 mile mountain bike ride, a 6.5 mile ski tour to the base of the mountain, and a steep snow climb 1,800 feet up the Cross Couloir. At around 1pm we strapped on our skis and began our ski decent back down the couloir. About 300 feet off the summit I skied over a south facing aspect that broke a 35’ slab of 3inch crust that put me on my side. The slope angle at this aspect was just over 50 degrees and I began to slide very quickly. I tried to stop myself and lost my ice axe in the attempt. I knew I had to stop because there were a series of cliffs two thirds of the way down the couloir. I estimate I was sliding over 40 mph. Both my skis came off and I eventually stopped right above the cliffs. Within a matter of seconds however, more snow from above me eventually caught up and pushed me over the cliffs. I tumbled over a 75’ cliff and then another 35’ cliff and slid to my final resting spot still 500’ above the valley floor. I sat up amazed that I wasn’t dead. I was still in a pretty dangerous position because the slope angle was steep enough that I could slide and there were rocks still below that I could run into. I couldn’t move my right arm at all. I knew it was broken or dislocated. I stood up and knew pretty quickly that my right ankle was also broken. I sat back down and put on my crampons to get better traction. It took me 45 min to hike down the slope to a safe spot that I could then slide the rest. Somewhere in the middle of the hike I pulled out my ACR beacon and turned it on. I also had enough cell service to call my parents and tell them what had happened. Once I got to the bottom of the valley I pulled out an emergency blankey and collapsed on a rock. Within 30 minutes Jack showed up. He had down climbed the entire couloir and had made his way down to me. He couldn’t believe I was more or less alright. He gave me some water and hike back up part of the slope to try to coordinate with search and rescue. I was soaking wet from the slushy snow and the tumble and as the sun started to go down I was getting hypothermic. Eventually a big military helicopter arrived and dropped off two search and rescue guys to help. They strapped me in a harness and one at a time winched us both into the helicopter. We flew 20 minutes down to an airfield and I was loaded into an ambulance to take me to Vail hospital. All told I fractured and dislocated my shoulder, broke my ankle, and broke my knee cap. My helmet and backpack saved my life. The helmet was cracked and the backpack was pretty mangled but ultimately protected my spine. I’m really grateful to the National Guard, local Search and Rescue teams that are all volunteer, and ACR.

I learned a lot from this experience. I made some crucial errors in decision making which I recognized in the moment but did nothing about. When you second guess, sometimes it’s worth making a course correction. My ski partner voiced a concern at the summit, we decided to ski anyways because we had “powder fever”. In other words, after the day we really wanted to ski the couloir even though we had some reservations.

Up until writing my story I had never considered what role this beacon had in my survival. I think that’s pretty funny considering that when asked, the answer is that it had everything to do with my survival.  You guys are saving lives and giving people second chances. Thank you.