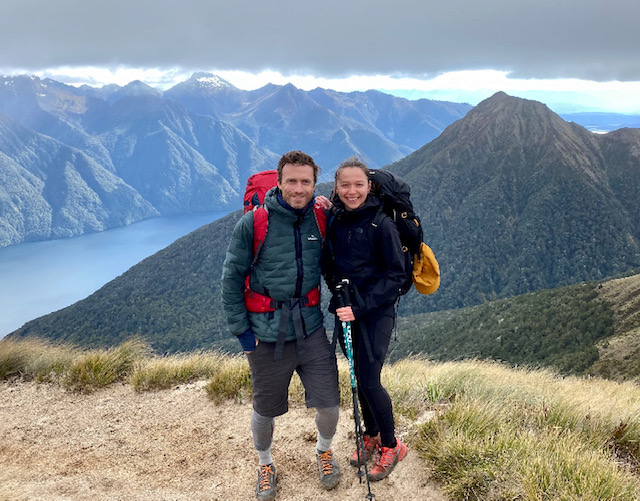 Posted on December 20, 2020 by Immanuel Hennessy

It started as a planned trip in the inner Kaikoura mountain range in New Zealand to climb Mt. Tapuae–o-uneku on the 30th  Nov 2020.

We set out up the Awatere Valley at 10.30am for the Hodder huts. We checked the weather and the river level of the Hodder river. We spoke to Bev and Alan Pitts (the legendary farmers at the trail head) about the river level that morning as a local knowledge repository. The river level was acceptable at just below knee deep.   The weather forecast was not concerning so we headed off up the valley. To reach the Hodder hut it is necessary to cross the river more than 80 times.

We made reasonably good progress during the day up the river gorge. Later that afternoon with about 4km to go to reach the hut we  experienced very heavy rainfall whilst in the gorge. This rainfall rose the river level and the  speed of the water increased rapidly. In the gorge about  300m past the Hodder and Trail stream confluence we made the decision to turn back at about 4pm after encountering rockfall in the gorge and rising river.  We attempted several river crossings of the Hodder on our retreat and we managed ok. We arrived at the confluence of the Hodder and trail river. I crossed the river and made the far bank. We had roped together  but while crossing this part of the river my partner was swept downstream. I was on the bank and was holding her but I could see that she was submerged in the river and the rope was actually  causing a problem by holding her under. I jumped into the river with my pack on. We both got taken for a ride in the river for about 50m. I managed to scramble to the bank and I could see that she had  temporally been halted on a rock. I ran and pulled her out of the water.  We were both pretty shaken up after this scary swim. At this point I set off the PLB as were both trapped by the river on a river bank in a gorge having had a near miss.

We both managed to find shelter from the rain and rockfall under a large rock and get some dry clothes on (in a dry bag).  We were trapped on the river bed in a gorge without a possibility of escape.  I knew it would be some time before help arrived. We made a bivy under the rock and waited. The weather improved at about 3am  the clouds cleared and I heard the sweet sound of a helicopter flown by the Nelson rescue helicopter team. The pilot landed  the helicopter in a riverbed in the dark on night vision glasses. We were flown out to the Pitt’s farmhouse at the trail head. Some cuts and bruises but otherwise medically ok.  We had some tea and got a couple of hours sleep.

We were both fortunate to have the PLB and to have amazing emergency services to come and help us in our time of need.

Sometimes the devil fools with the best laid plan. Weather forecasting in the mountains is not a guarantee.

Thank you so much. The PLB was crucial to us getting out safe and well.