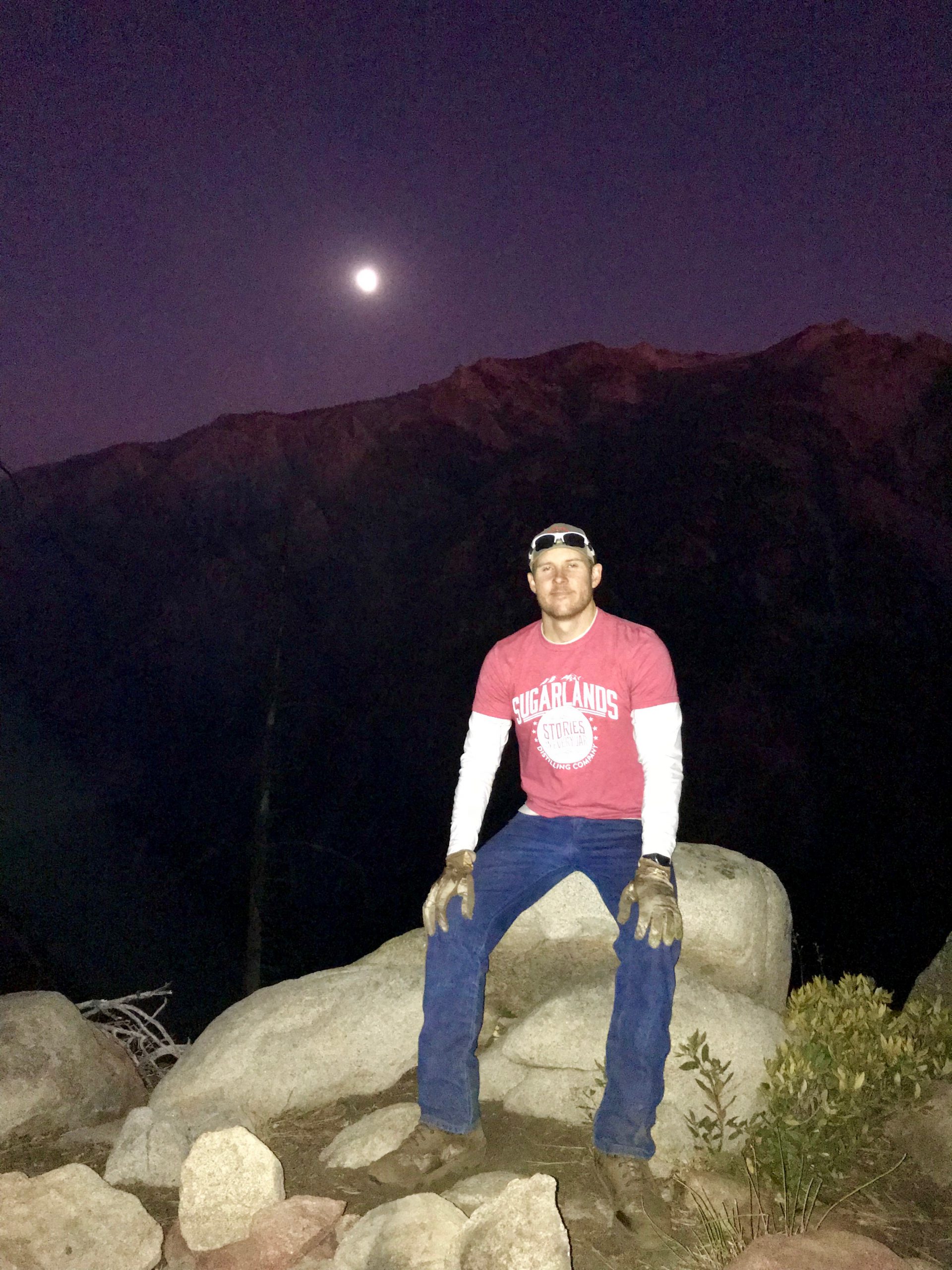 I heard my friend Cornelius was going on an over-night, 30+ mile hike in the Tihipite Valley in Kings Canyon National Park in the Sierra Nevada mountains over this past Veteran’s Day holiday weekend with a co-worker and did not have a PLB. I asked him if he wanted to borrow mine for the trip and at first he was reluctant, but after giving it some thought he decided to take it “just to be safe”.

On their first day they hiked over 17 miles through some very rugged terrain, using maps on their cell phones for navigation. By the end of the first day Cornelius had developed serious problems with his feet and they realized given the distance, terrain, and their physical condition they would not likely be able to reach their truck by the next evening when they were scheduled to return.

The next day they decided to take an alternate route, which would be shorter and ultimately lead them back to the main road. This route involved following the river down the canyon, with frequent crossings and bolder-hopping, and after awhile they realized how difficult the route was and that it was a poor decision. Unfortunately, it was impossible to turn back at this point as they had passed some spots where they had dropped down and would not be able to climb back up.

The going was slow, and they were forced to spend a second (unplanned) night in the wilderness. Their families were now very concerned and contacted authorities to report them missing. Their cell phone batteries were now dead so there was no way for them to contact anyone.

On the morning of the third day the Fresno County Sheriff launched a helicopter to look for them. No one had any idea they had decided to take a different route back. The sheriff also contacted me, as Cornelius’ wife let them know he had taken my PLB, but at this point there was no distress signal. The Sheriff had not located them and was making plans to launch Search and Rescue.

As they proceeded to travel along the river it got deeper they reached a point where the only way to continue was to swim from rock to rock, and they and all their gear become completely wet. They started to experience symptoms of hypothermia and built an emergency fire to try and get warm and to dry their gear. Now cold, tired, nearly out of food, and unsure if the river ahead was even passable, they realized they had taken too many risks and were now in a life threatening situation. At around 10:30 AM on Tuesday, November 12th, they activated the PLB.

I received a call from the California Office of Emergency Services to let me know my beacon had been activated. I let them know I had loaned it to a friend hiking in the Tihipite Valley and they were missing. The individual said they had their coordinates and I asked him to contact the Fresno County Sheriff’s office as there was a helicopter in the air looking for them. About an hour later the Sheriff called me back and let me know that both of them had been picked up by the helicopter and were safe and in good condition. He said the GPS coordinates led the helicopter straight to them and thanked me for loaning them my PLB.

I am so thankful my friend Cornelius decided to take the PLB and that it worked perfectly, for such a small investment there is no reason to go in to the wilderness without one!

Thank you for making such an amazing product and delivering it at an affordable price!