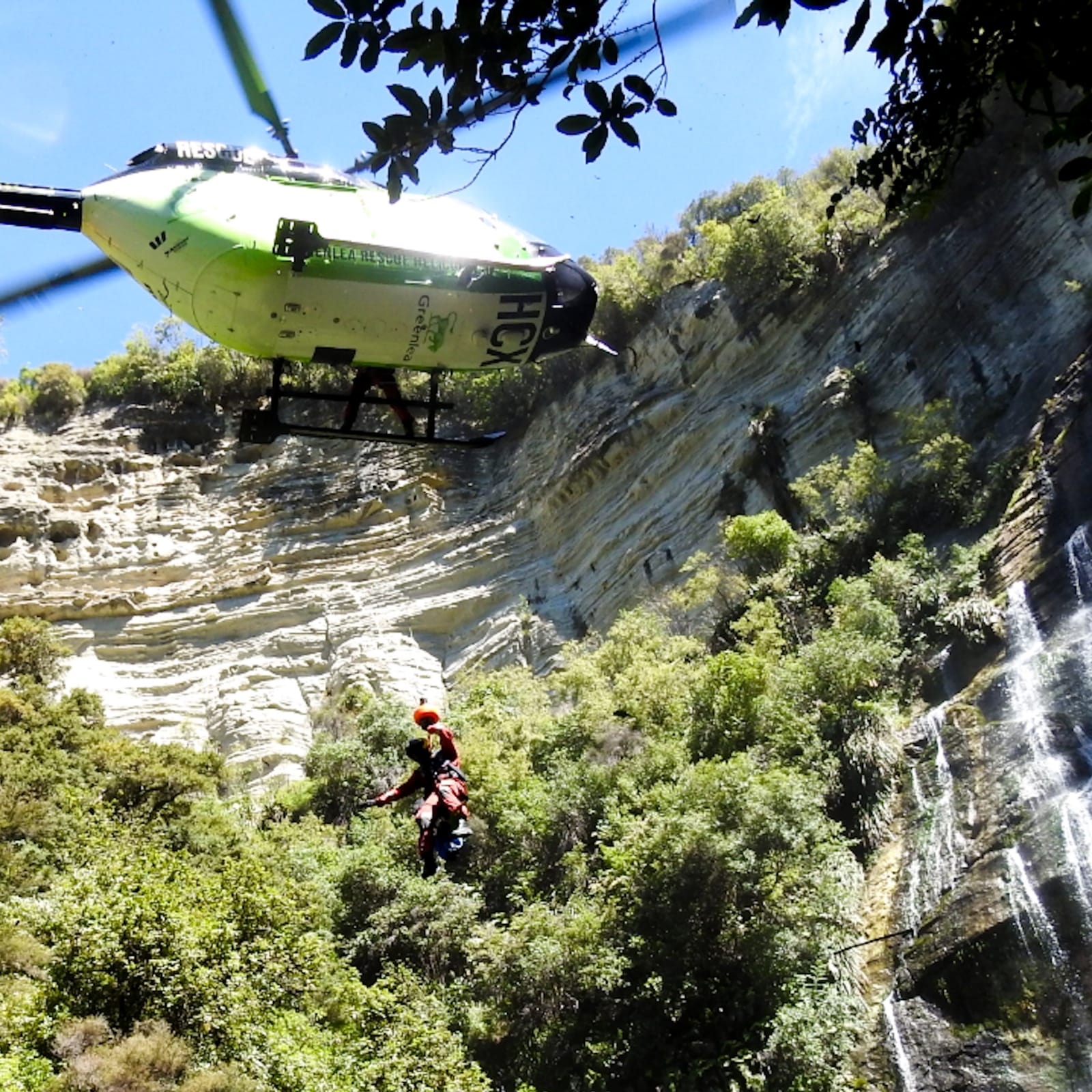 On Monday, January 3rd, 2022, my brother, niece, and I completed a walk to Shine Falls, which is located in Putorino, New Zealand. It was a beautiful, fine day, and an easy walk for all of the people around. According to the Department of Conservation, the walk would take about 90 minutes and was suitable for children. The location is a long way outside of cellphone coverage at the end of an isolated road.

On our way to the falls, three people ran past us shouting that someone had been seriously injured at the waterfall. They were running back to the carpark to drive within cellphone coverage in the hope of locating a medical professional. On arrival, we were told that the injured person had dived into shallow water and hit their head on the bottom of the shallow pool at the base of the waterfall. They were unable to feel their legs and were being held in a static position at the edge of the water to keep their neck still.

In the hope of helping, I activated my ResQLink PLB.

One hour after activation, the Rescue Helicopter arrived from Taupo as they were the closest available team. They winched two medical staff down to the water, stabilized the patient, put him on a stretcher, and he was flown to Taupo. At arrival, there was a fixed winged aircraft to take him to Burnham Hospital in the south island; which is the New Zealand Spinal Injury Specialization Hospital. Unfortunately, the patient had indeed suffered a threatening spinal injury upon hitting his head.

Once the patient was stabilized and I could confirm with the medical team that the ResQLink beacon was no longer needed, we returned to our car as there was nothing we could do to further assist the patient and his family. After arriving back into cellphone coverage, I contacted the local coordination center who advised me what had happened.

My take on this situation is that it does not matter how good the weather is or how easy the track is, things can still go wrong. In a location with no cell coverage, the beacon is your best piece of equipment for a fast and speedy response if something goes wrong.