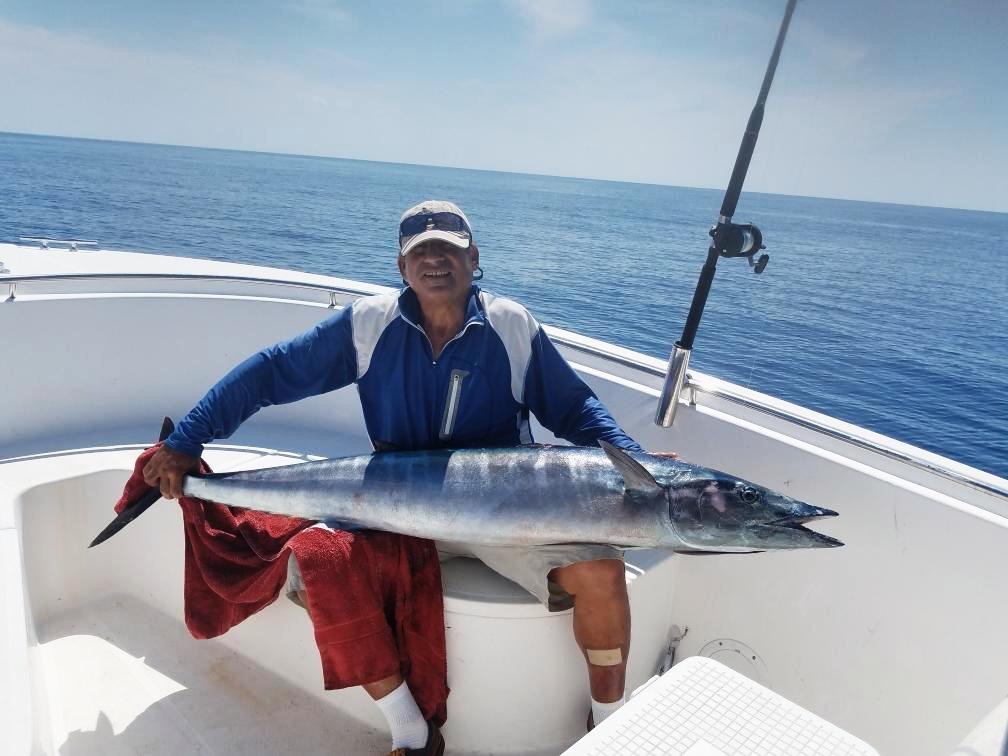 We left Pine Island Sound on Tuesday the 27th of September to fish 42 miles offshore in the Gulf of Mexico. We arrived offshore safely and caught some large red grouper and by 2:30 we are off to one last spot before returning home. The 24-foot Albemarle that we were fishing from has great offshore capability but only one Volvo duoprop engine. We soon realized that the steering had broken and we could make no Headway back home. With three on board we decided to Anchor and call the Coast Guard. We were not able to to raise them on emergency Channel 16 after trying numerous times so we decided to see if we could reach any other boat using all the other channels. After an hour and a half with no success we saw very far from our location another boat and decided to set off a flare but they didn’t respond. We didn’t realize until later that the VHF was not working properly and it only had very limited range. In order to be rescued we now had only one option left and that was my personal hand-held ACR beacon. I had purchased it a number of years ago from West Marine and now realized it was the best purchase I had ever made as a boat accessory. As we waited to be rescued we were concerned because thunderstorms and high winds were predicted in the afternoon but luckily the Seas remained relatively calm. It only took approximately an hour before a helicopter was spotted over head, what a comforting sight as we all could now relax. With the Coast Guard helicopters help it still took more than 2 hours for them to reach our towboat provider which didn’t arrive until 9:15 in the evening. We safely arrived back at our dock until 5:30 the next morning.

I will never head offshore again without having a ResQLink on my boat.

Thank you for the incredible product.