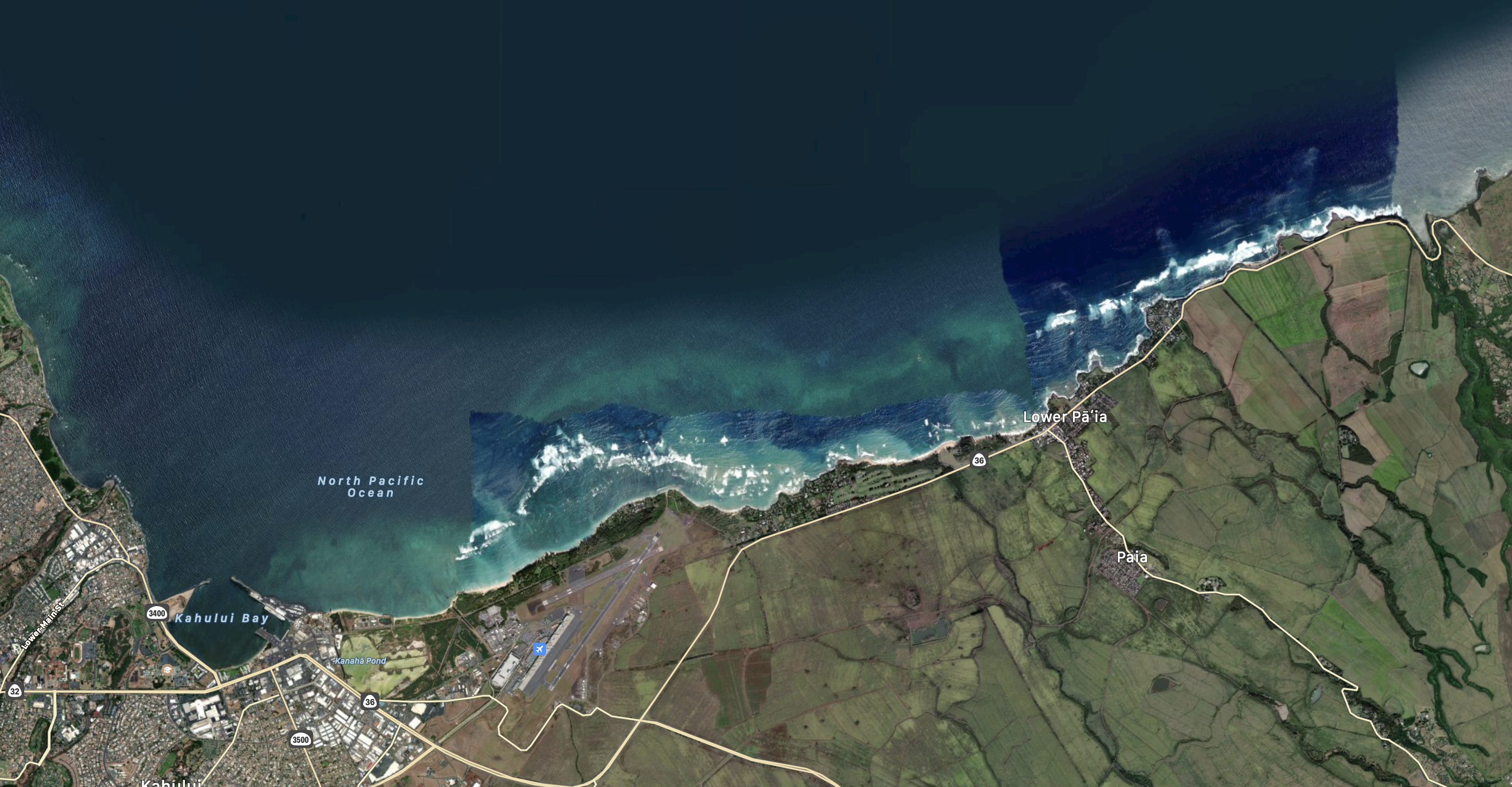 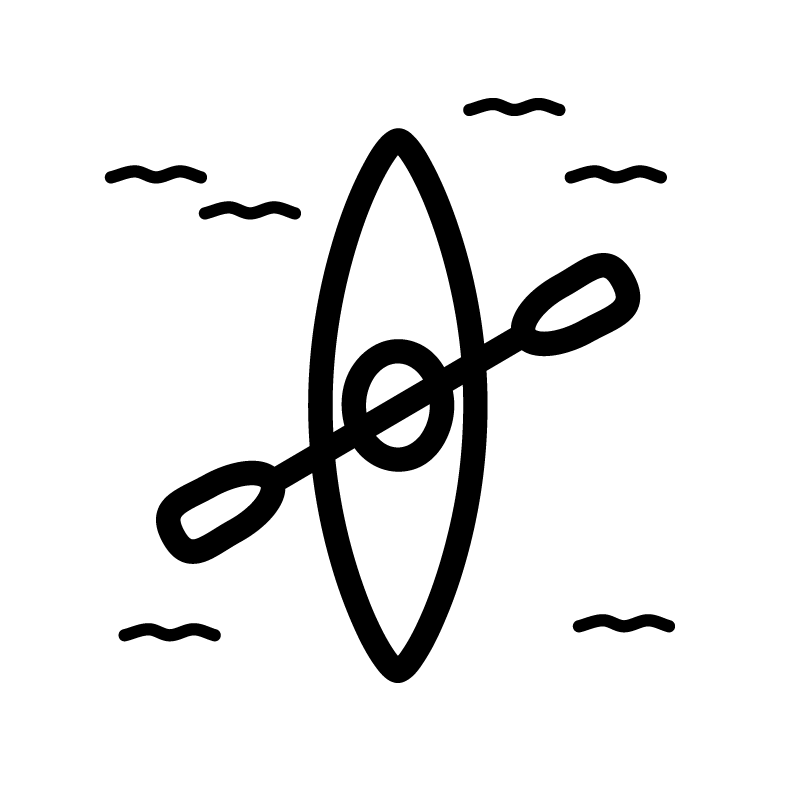 My surfski capsized about 7.5 miles into a downwind Maliko Run of about 10 miles from the north shore of Maui Hawaii and blew away before I could grab hold of it. Up to that point, I was having massive fun catching the large swells that day, some of which got me traveling over 12 miles per hour.

The Maliko Run requires a paddler to go offshore over a mile to avoid the reefs that create large shore breaks at places like Ho’okipa, Pa’ia, and Kanaha. These make Maui a paradise for big wave surfers, windsurfers, wing surfers, and foil boarders. I suddenly found myself at age 65, in the ocean, no boat, over a mile from the shore, and in large swells being generated by winds that were blowing down shore at 26 to 28 miles per hour with gusts up to 37 miles per hour; just outside of massive breaking waves that would have to be navigated in order to make it to shore safely.

Once I realized the ski could not be caught up with after attempts were made to swim to it, I took stock of my situation. I was in the Boy Scouts as a youngster and then did a short stint in the United States Coast Guard, whose mottos are “Semper Paratus” (Always Ready). What preparations had I made that could help me now?

I was wearing a PFD with my PLB snapped into its mount on my shoulder strap and still had hold of my paddle. In the front pocket of the PFD was a whistle for signaling and a knife to use in the event of entanglement of any lines from a capsized vessel when sailing or paddling; both of which I do regularly. I had also taken the time to keep refreshing my ocean safety training; each year doing a mile ocean swim and an hour of treading water afterwards, both of which are requirements of the Hui O Wa’a Kaulua for anyone volunteering on traditional Polynesian sailing canoes as I do.

Remaining calm is the key to survival in a situation like this. I had yet to activate the PLB, so I was confident that I could remain afloat until a rescue crew could be sent to locate me with GPS coordinates. But I also knew the area just outside of Kahului Harbor is notorious for large sharks and that the inquisitive nature of them made swimming a much better option than just floating and waiting for rescue.

The harbor mouth I had been paddling toward was in sight and was made my initial target. Although the main swell component was down shore, there was still some in shore swells. If I could reach the break wall of the harbor I could climb up and walk the half mile to the harbor shore. My first inclination was to do a self-rescue and hold off on using my beacon unless I felt it was necessary.

I used a modified elementary back stroke so I could keep an eye on the white caps as the 8 to 10 feet swells broke around me. Between the swells I would turn over and take a few breast strokes one handed while holding onto the paddle with my left hand. For the first half hour I thought I would make it to the break wall. If I could make it to safety, there was no need to trouble the Coast Guard. But by this time I realized the down shore swells would have me missing the harbor altogether, despite my best efforts to control the direction I was moving. I was losing my composure as the white caps broke on top of me and forced water up my nose and down the back of my throat.

I activated my beacon and was pleased with how easy it was to operate (I simply put up the antenna and held the red button until the light on the PLB began to blink). This light was a great reassurance that the signal was being sent and my composure was being restored.

I began to duck my face behind the top of my life vest whenever a swell broke on top of me. Fortunately, this worked, and I only swallowed sea water twice before my makeshift system facilitated breathing.

With the beacon working and breathing no longer an issue, I chose a new target, a small cottage on the point of the bay past the harbor. It was about a mile away but at a much more manageable angle given the direction of the swells and the shore break there was not as radical as it was in many places in that first bay.

During the next hour, I frequently checked my PLB to ensure the light was still blinking and reassure myself the signal was still being sent and help would eventually reach me. This consistency helped to keep me calm, which was critical to my survival.

As I drew nearer to the surf break at Paukakalo, I began mentally preparing myself for the upcoming need to body surf waves over the boulder strewn bottom near the shore. I knew this was the most dangerous part of my self-rescue as hitting a submerged boulder headfirst could be fatal at the speed I was travelling.

Just before I reached the break line of the surf, I heard the wonderful sounds of a helicopter’s whirring blades. Soon I could see a rescue swimmer at the open door, ready to deploy from the helicopter. I signaled that I was okay and pointed to myself and then the shore. I know putting him in the water would only have created risks for himself and I. The rescue swimmer nodded but hovered over me to keep a watchful eye if I had difficulty breaking the surf.

I caught the first few waves where I felt it would be deep enough to avoid hitting a boulder and a few large waves I ducked under. I felt some rocks during those waves, but I did not bash hard into any of them.

Then I was able to stand in chest deep water; but the water was still dangerous enough to get one of my feet caught between the rocks and break a leg, or worse, get slammed headfirst into the boulders before me. As much as I wanted to be able to walk to shore; I decided to sit down and ride the waves to knee deep water where the waves were far less threatening. Finally, I stood in knee deep water and began to walk to shore. Thankfully, four strong firemen waded out to me and gave me their arms so I could tread lightly over the boulders below and get to shore without difficulty.

I waved thankfully to the helicopter which departed after I made it to shore. I was escorted to the fire department truck, and we met up with another fireman that told us my surf ski had washed up in the bay between the harbor and where I came on shore.

I was driven back to the Hawaiian Outrigger Canoe Club where my paddle buddy and I were to have finished. He and his wife had set up a communications center there and soon had me on the phone with the Coast Guard, my wife, and the Maui Fire and Rescue folks who had operated the helicopter. They all confirmed that I was the one who had activated my beacon and that I was safely ashore.

Remarkably, when we got back to my surf ski it only had a few scratches on it and was still airtight. My slippers were still under its deck bungee. My speedometer/odometer/clock was still attached to the ski and had shown that I was in the water roughly 2 hours after my capsize. The Coast Guard called again and said my beacon was still sending its signal and that I needed to turn it off. My buddy had a screwdriver and opened the back to remove the batteries (In all the commotion we missed the writing on the PLB directing us how to turn it off).

I am normally leashed to my ski, but that day I had overlooked the fact that it was on my primary board and not this one. But we all make mistakes and need to have safety systems in place for when we do.

Thankfully, you make a product that is easy to use and signals the user that it is operating perfectly, which is critical in helping to maintain calm in a water emergency. I am very thankful to you for the care you put into creating the ACR AquaLink Personal Locator Beacon and believe that care helped save my life. I am also thankful to Maureen, my wife, who insisted several years ago that I buy a PLB, so that she would have peace of mind when I go out paddling in the ocean. During this ordeal, she remained remarkably calm too, because she knew your product would allow me to be found by the rescue folks and that I could remain afloat until found.

Remaining calm is the key to survival in a situation like this.

Thank you for the quality of your ACR AquaLink Personal Locator Beacon. With its reliability, durability, and ease of use, I was able to be located when I had an emergency at sea and made it to shore safely.

Go to product details
This Product Has Been Discontinued.    #PrepLikeAPro with the AquaLink™ PLB. This rescue beacon is small enough to carry in your pocket, yet strong enough to accurately relay your position to a network of search and rescue satellites, should a boat emergency occur. Have peace of mind knowing that this personal emergency beacon consistently takes the 'search' out of 'search and rescue'.