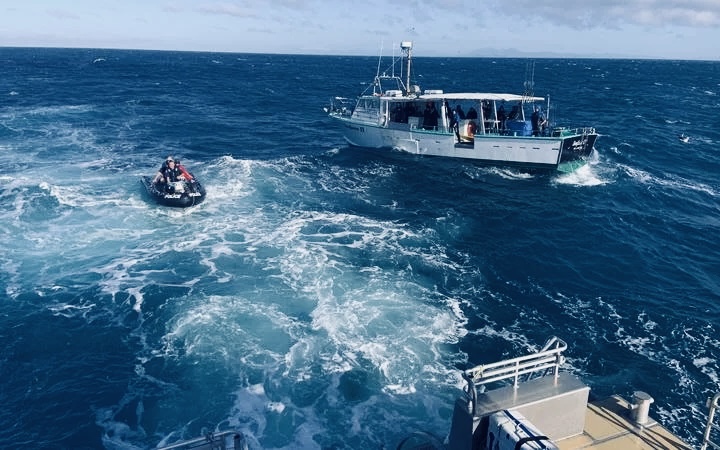 The plan was to kayak across the Cook Straight form the West to East. Leaving the South Island at first light with a forecast of 10-15knts and 0.5-1m swell, looked like the perfect day.

On the 27km crossing, the first 13km went as planned, stunning conditions and heading the correct way. Then the weather started to pick up but nothing major. Swell was above 1m but still heading along all good. By the time I had got to 17km, everything was different. Wind and swell was well above the forecast and now I had realised I was drifting south and away from my destination. I made a small but major choice to change my end destination and bearing. Instead of heading upwind I was now heading sideways but making better ground. Sadly this also pushed me further away from land.

Now 20km into the paddle I realised the mistake I had made, and while I was close to the North Island, I was still way too far downwind. So I had a 2nd change of bearing and a complete change of plan to paddle back directly upwind which would take me into the lee of land. Battling at this for a while I was keeping a close eye on my GPS and speed. The wind was now well over 25 knts and gusting more. (when resued the police told me swell was around 2-3m, so double the forecast) I was putting in huge efforts and literally at a standstill, sometimes even going backwards.

I didn’t want to get rescued so kept paddling for almost another hour with no results. During this time I was trying to think of anything else I could do. Trying to think of a map in my head on “what is downwind from me?” The answer is in all reality Antartica. This sounded like a shit idea so that is when I knew I needed help. I tried using my VHF radio first but this was too difficult as. could not afford to take my hands off my paddle. So that is when I activated my PLB.

After a 25 minute wait I had first sight of the search and rescue Helicopter. It went straight past me at first, to the point I first pushed the button. In that 25 mins I had drifted over 4km away from land. Once I had seen him doing a search pattern looking for me I pulled my smoke flare. He found me quite quickly and hovered above me for a while. I managed to get a very very short VHF conversation with the pilot who told me to hang in there as a fishing boat was behind me coming my way to pick me up.

Once on the fishing boat I then got transferred to the police boat to take me to Wellington. I then managed to look at my GPS data and the police GPS data and realised I was 10km too far south and probably in bigger trouble than I realised.

Im glad I pushed my PLB when I did, as at that point I still had the energy to stay upright and the rescue went very smoothly for everyone. I could not be more thankful to the rescue coordinators, Rescue Chopper, fishing boat and amazing crew, and the police.

While I did make some mistakes which lead up to getting rescued, the success of this is that I had all the safety equipment with me and the knowledge and training on how to use it. I used a PLB, VHF, and flare all to make everyones life as easy as possible.

Take the gear, and know how to use it!!

Holy shit, thank you. My first time using something I have been carrying for over 10 years. So small I don’t notice carrying, but when I really needed it, it was the most important bit of equipment I have ever carried.

Built and designed well as I have put that thing through some shit in the outdoors. Epic thanks.