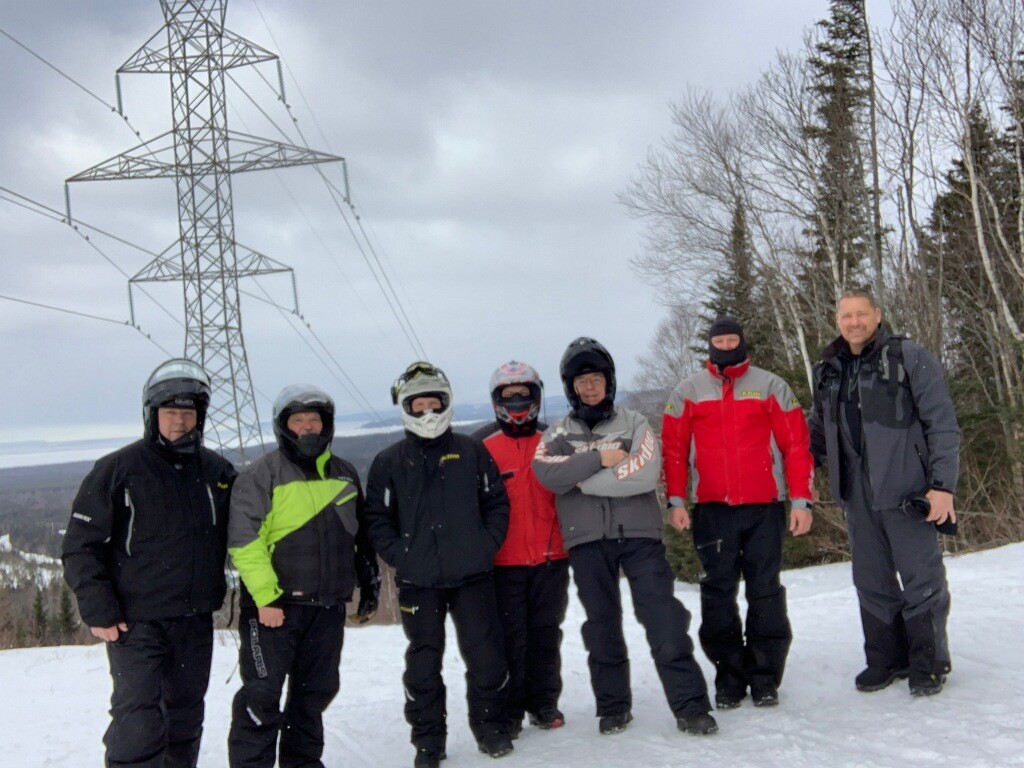 Having snowmobiled my entire life, I never thought I would be in a situation where I, or someone in my group, would need rescue.  As I started to venture further from civilization, my family presented me with an ACR AquaLink beacon as a gift.

I thought it was a great idea that I would probably never use, but I kept the AquaLink in my gear bag for close to 4 years, until a normal trail ride turned into something far more harrowing.

Our group of 3 was traveling along when one of the riders was thrown from his sled by a hidden obstacle on the trail.  Initially the impact with the ground injured his shoulder.  Unfortunately, the snowmobile with its spinning track fully studded with carbide teeth, landed on his leg in the knee/shin area.  The soft tissue and orthopedic damage was significant.

There was no cell phone reception in the area and no nearby structures or signs of activity.  As no one witnessed the crash, we were also unclear if he may had had a head injury.

Weighing the chance of unknown injury, the weather (5 deg. F) and the lack of nearby civilization I made the decision to call for rescue with the AquaLink.

I can’t say for sure what took place after I pressed that button, but what I can say is that we heard a helicopter overhead 25 minutes later (a lucky coincidence that it was already in the air on a non-critical flight).  Followed closely by the Michigan State Police and the Alger County Search and Rescue team around 10 minutes after that.

The speed with which the rescue was initiated and on-site is truly astounding.  We could not have hoped for a better outcome.  In the few weeks following this rescue I have sold probably 20 other people on the utility of ACR’s products.

There is nothing in life more important than time.  Time to triage, time to rescue, time with those that you love.

In an emergency situation, these beacons are the only thing that can buy you or someone you love some time.

Thank you to anyone who had a role in building this ACR  product.  Every day, you are building products that are the difference between life and death.

Those that use your beacons, and the families waiting at home owe you all a huge debt of gratitude.

Go to product details
This Product Has Been Discontinued.    #PrepLikeAPro with the AquaLink™ PLB. This rescue beacon is small enough to carry in your pocket, yet strong enough to accurately relay your position to a network of search and rescue satellites, should a boat emergency occur. Have peace of mind knowing that this personal emergency beacon consistently takes the 'search' out of 'search and rescue'.