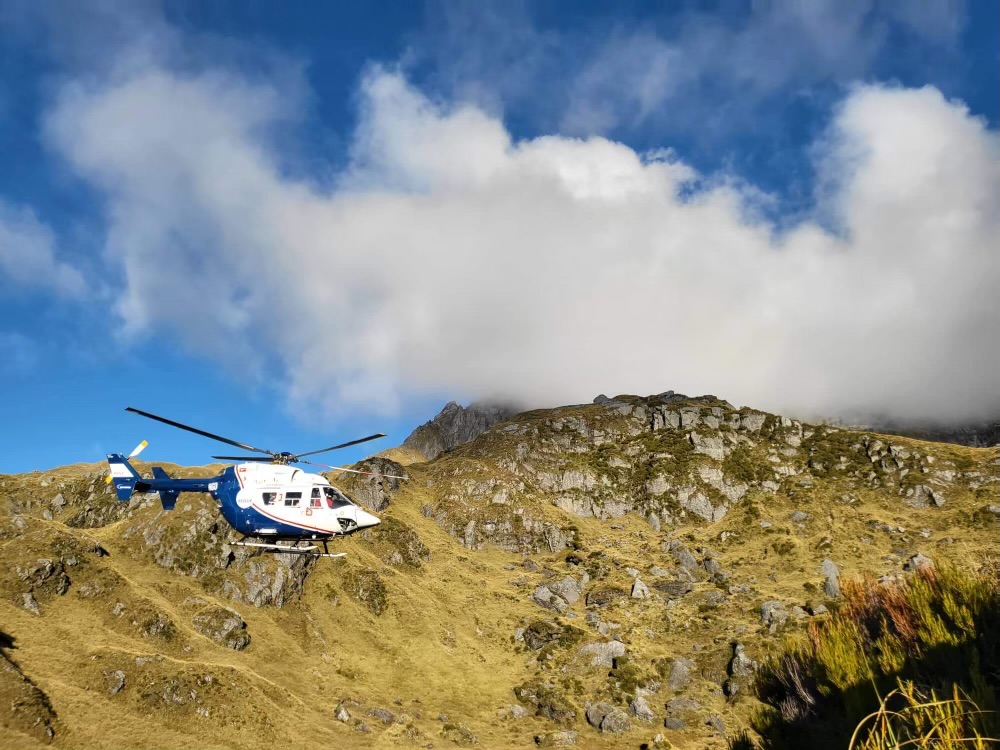 On April 23rd me and three other friends (Alan, Kevin, and John) headed up into Aciphylla Creek Eblis Tops Tahr Hunting Block by way of helicopter.

The weather was amazing, and we set up camp quickly to head out for an afternoon hunt. The first day we saw a few deer but no Tahr. Unfortunately, day two was spent in camp as the rain was so heavy, we couldn’t venture out.

Day three we woke to a light frost and John spotted some Tahr way in the distance; so, we planned to head across the terrain to see if we could catch up to them. Before we got too far, the fog had rolled in, and it wasn’t long before visibility was only a meter or two in front of us. At this point, it was best that we turn back and head to camp.

The fog was a distant memory by day four, as it dawned a brilliant atmosphere. John and I headed back across the terrain to where we spotted the Tahr the day before; but unfortunately, there were no bulls amongst the mob. As we headed back to camp, the fog rolled in again.

On the last day out, we all headed up behind camp and got onto 3 stags, which we dressed and headed back to camp with the load. As I was headed around the bluff back to camp, I slipped and put my knee down to stop myself from falling. I got back up and realized I had split my knee open on a sharp rock hidden on the ground.

John, Alan, and Kevin helped me back to camp, where I set off my ACR PLB. Within 40 minutes the helicopter had turned up and I was off to Greymouth Hospital. Doctors took X-Rays and flushed out the wound with a saline solution, stitched me up and I was on my way.

The doctor said if I had not gotten out in a timely manner, infection would have set in quickly.

All 4 of us had ACR PLB’s and I am very grateful for the insurance of having an ACR PLB in my bag. Every time I go hunting, I always have mine with me. You just never know.

Always carry an emergency device with you; you never know who may need it, or what may happen.

I could see the rocks below hurtling toward me with increasing speed, and realized there was nothing I could do to stop my descent, and that I was likely going to break my legs or even die.