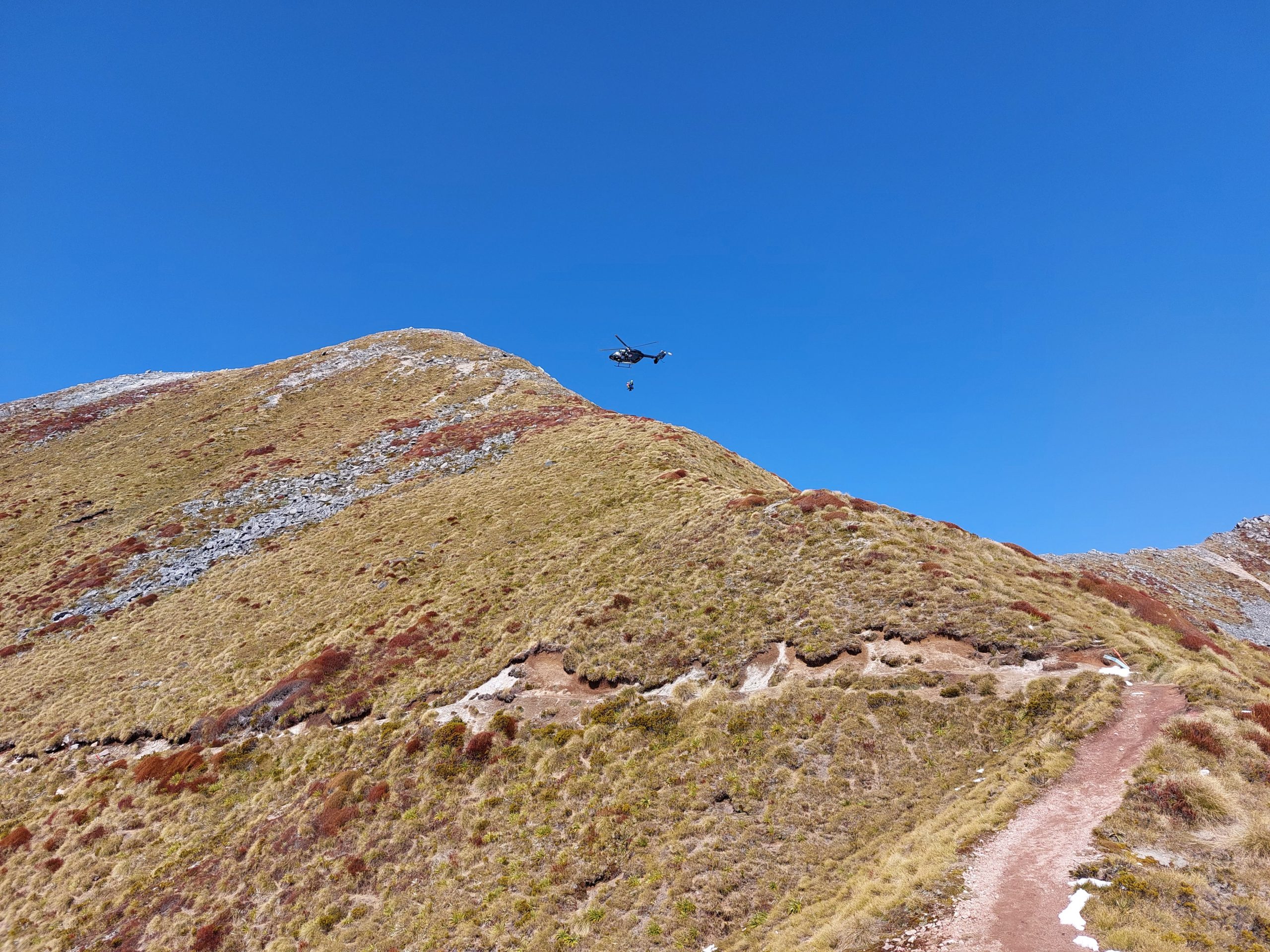 My partner and I had been having a great day out. We were walking the Kepler Track in Fiordland, NZ just prior to the official great walk season, thereby avoiding big crowds and big hut fees. Well equipped, with winter boots, ice axes, crampons, and our ACR ResQLink 400 PLB in case the conditions were still wintery. We had closely monitored weather and avalanche forecasts and were confident we had a safe weather window for the track.

On the day we activated the beacon, we had just reached the ridgeline after two days of walking through little but beech forest. We were ecstatic. There wasn’t a single cloud in the sky, and the combination of bright sunlight and the remnants of recent snowfall on the mountaintops made for awesome viewing.

We were making excellent time, and decided we wanted to spend more time on the ridgeline before continuing to our hut for the night. Picking an extra, pathless ridgeline which we could see looked pretty achievable and the map confirmed that it should be within our capabilities. Heading up to the ridgeline and traversed along to a high point before making our way back.

On the way back, we agreed to traverse the sides of the first peak on the ridge, as we had done on the way out, to reach the  easy descent slope back to the main path. However, we made what would turn out to be a critical error.

We started to traverse far lower on the sides of the peak than we had on our way out. There was no snow and this likely gave us false confidence; had there been any snow we would certainly have felt the risk of a slip was too great, and would likely have avoided the traverse or at least equipped ourselves with axes and crampons to avoid a fall.

More than once on the traverse we remarked to each other that the ground was steeper than we recalled from the traverse out. This should have been a red flag. We continued to traverse,  until a point about 5m from safer ground. It was almost tangible how close we were.

Suddenly, and with no warning, my world seemed to fall away beneath me. My foot slipped on slick tussock, on what was probably a 50 degree slope. I immediately felt that I was falling and had no control over the situation. Memories of ice axe arrest training came  to me and I tried to dig my hands and feet into the tussock as I descended, gaining speed as I went. Nothing I did seemed to give me any purchase.

I could see the rocks below hurtling toward me with increasing speed, and realized there was nothing I could do to stop my descent, and that I was likely going to break my legs or even die. Worse, my partner, to whom I had just gotten engaged was probably going to watch me die. The horror flooded through me but there was nothing I could do. My leg twisted unnaturally below the knee away from my body and I let out a cry; I thought for sure it had broken.

Finally, I saw a drop in the snow to a flatter patch approach. The drop filled me with dread, but to my total astonishment, I stopped. Not only that, I was able to stand and even put weight through the leg I had been so sure was broken. Looking up, I thought I must’ve fallen at least 30m if not further.

I called to my partner that I was okay and told her to get to safety. We were able to regroup and hobble to safer ground (despite some sickening popping movements in my knee), where we made the decision to activate our beacon (it had become clear I would be unable to walk down, and neither phone had reception). Within 45 minutes, the chopper swooped into view and we were both safely transported to the local medical center for some first aid. My knee was sprained, and one fingernail was pretty mashed up, but I was remarkably unscathed.

Although what happened to me was a terrible experience, what I ultimately feel most is lucky. Without a doubt, I came close to serious injury or death. Without our beacon, we would have likely had to send someone to get help, potentially delaying my rescue by up to a day. Had my injuries been worse, that time delay could have meant the difference between life and death or permanent disability.

Safe to say, I won’t be venturing out into the backcountry without a ResQLink PLB anytime soon,

Beware slippery tussock – it can be as dangerous as snow and ice!

Thanks so much  – there was no way we could have got down without the chopper, the beacon saved a bad day from becoming a nightmare!

But the most important thing is, thanks to our PLB's, we have our lives and each other. Now it's just one step at a time to recover and find our next life chapter.