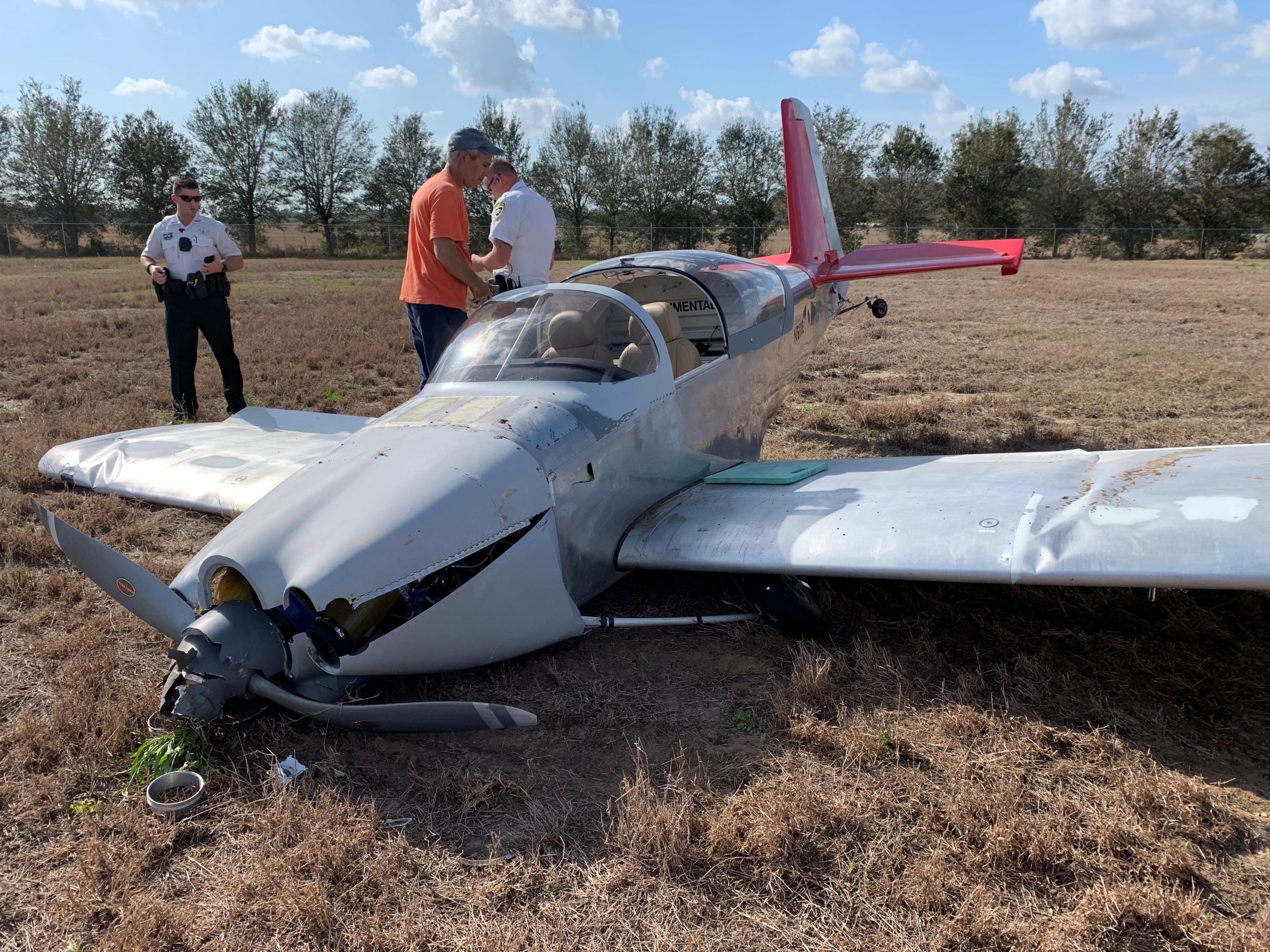 Every pilot’s nightmare came true for Daren when his built-from-kit low-wing aircraft suffered engine failure at 1,800ft, shortly after taking off from Tampa Executive Airport on route to Zephyrhills Airport.

Daren, a fire-fighter and paramedic, had installed an ACR Electronics ARTEX 345 ELT with built-in GPS navigational interface when he completed the plane. The device successfully activated following the crash, immediately sending search and rescue a distress message and location. The experienced pilot is now resuming flying in his RV-3 and has installed another ARTEX unit in this plane.

Daren take of the story: “I had an engine out a few minutes after take-off. I immediately spotted an open field on the north side of Lake Thonotosassa which was a mile or less to the south of me. I couldn’t believe it was happening.

“I knew I had to land to the west due to the winds. I made a 360 turn to lose altitude and setup for the landing. I contacted Approach and stated I had an engine out and there was no way of making it back to the airport.”

There was a fence line with 15ft trees running north/south dividing the field, with 3 to 4 times the area to the west of the trees to make an emergency landing.

He continued: “I remember coming over the east fence line of the field looking at the trees dividing the field thinking, ‘Am I going to make it over?’. I pitched up a little, trying to stretch a little more glide distance, but realized the outcome wasn’t going to be good about 4 seconds before the crash.

“I banked left 30 degrees to try to land parallel to the trees dividing the field but stalled the left wing about 15 ft above the ground. I remember clearly looking down the left wing and seeing it hit the ground causing the plane to pivot the nose into the ground, then slamming the right wing down. I was dazed from the crash and remember thinking I need to get out in case it catches fire.”

Once out, thinking he was going to pass out at any moment, Daren dialled 911 and the Hillsborough County Sheriff arrived to the site shortly afterwards. He then received a call from his friend, co-owner of the plane, who had been contacted by the Air Force telling him the ELT had gone off, alerting rescue services to his location.

Daren said: “I was lucky to walk away from the crash with only a very sore neck. It was very reassuring to know if I had gone down in a more remote location, I would have had a search team find me soon due to having a 406 MHz ELT.”

Small and lightweight, the ARTEX ELT 345 transmits on 406 MHz and 121.5 MHz frequencies while providing position accuracy thanks to the built-in GPS. The device is the fastest selling ELT on the market thanks to its competitive price and industry-leading quality standards

Daren said: “There are still a lot of planes with only a 121.5 only ELT which doesn’t alert the authorities in an emergency or give a location. A 406 ELT gives the authorities all the information on the plane, including contact details of the owner or owners, and designated contact information.

“As a fire fighter and paramedic, I see a lot of accidents. If you are severely injured, time is of the essence and you may be unable to call. If you are in a remote area your cell phone may not work. Think of it as insurance. You hope you never need it, but if you do, you’ll be glad you have it and it’s worth every penny. Saving your life, or even finding your body to give your family closure, is well worth the cost.” For more information on ARTEX beacons and other ACR safety equipment, go to https://www.artex.com.