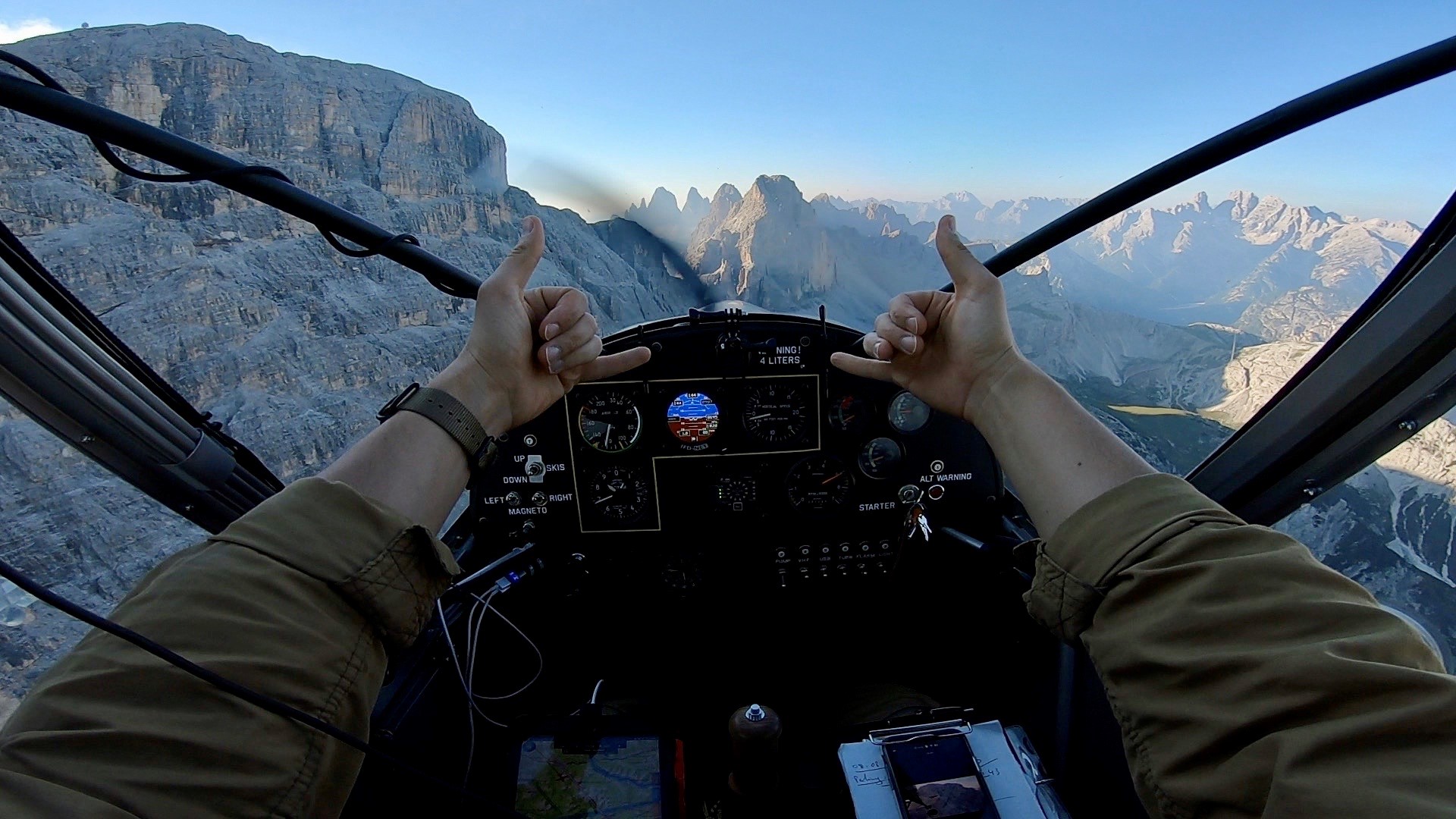 The French-German national, who lives in Germany, was flying with his friend as a passenger on their way to see a glacier when he suddenly and unexpectedly had to evade a material transportation cable which was indicated incorrectly on his navigation software and they crashed at 9,800ft in the mountains.

Despite a broken lumbar spine and a broken orbital on his left eye, Maxime managed to pull himself out of the wreckage and activate his ACR Aqualink PLB to alert local rescue services.

As the founder and host of The STOL Collective podcast about backcountry and mountain flying, and short take-off and landing (STOL), Maxime produced a post-crash analysis on video after leaving hospital last December to offer advice for other aviators.

Maxime, who has been flying for 25 years, said: “When I saw the cables, I pulled hard on the stick to dodge them. Unfortunately, the manoeuvre didn’t go well and I can only remember that the earth was rushing at us. We crashed really hard. After regaining consciousness and getting out of the plane, I instantly grabbed for my PLB, popped out the antenna and started it. It took about 3 seconds. I then put it in the snow and went back to help my friend. It was about 45 minutes between starting the PLB and hearing the first chopper.

“As my PLB is registered in France, it was the French airforce SAR unit who eventually reached me on my business phone as we were waiting, as my personal phone was lost in the crash, and I confirmed the situation. They contacted Austrian SAR who launched 2 helicopters. When they arrived, I stopped the PLB, grabbed my radio from my life vest and talked to the pilots.

“My message is that you make your luck. That is the whole point of having safety gear. The most important items are your PLB – if you don’t have an ELT – and a portable radio. You must then wear everything on yourself. My personal phone and tablet were not in my safety vest and were never found. I bought my real flight helmet a year ago, and that protected my life during the first impact.”

Maxime is now a member of the ACR Electronics SurvivorClub after sharing his story here and has received a free replacement PLB from the U.S. safety and survival specialist.

“The ACR beacon got us rescued within an hour of triggering,” he added. “ACR has graciously sent me a new beacon, which is actually even lighter than the old one and can be easily carried. Never forget to wear your PLB on you on every flight and not in an empty pocket of the machine. If you crash, you definitely do not want to lose time searching for your PLB and survival gear.”

ACR Electronics and its brand ARTEX advise all pilots to carry a PLB, such as the latest ACR ResQLink View, and to install a 406 MHz Emergency Locator Transmitter (ELT), such as the ARTEX ELT 345, which will activate automatically following a crash, immediately sending search and rescue a distress message and location. ARTEX ELTs transmit on 406 MHz and 121.5 MHz frequencies while providing position accuracy thanks to the built-in GPS.

For more information on ARTEX beacons and other ACR safety equipment, go to https://www.artex.com.