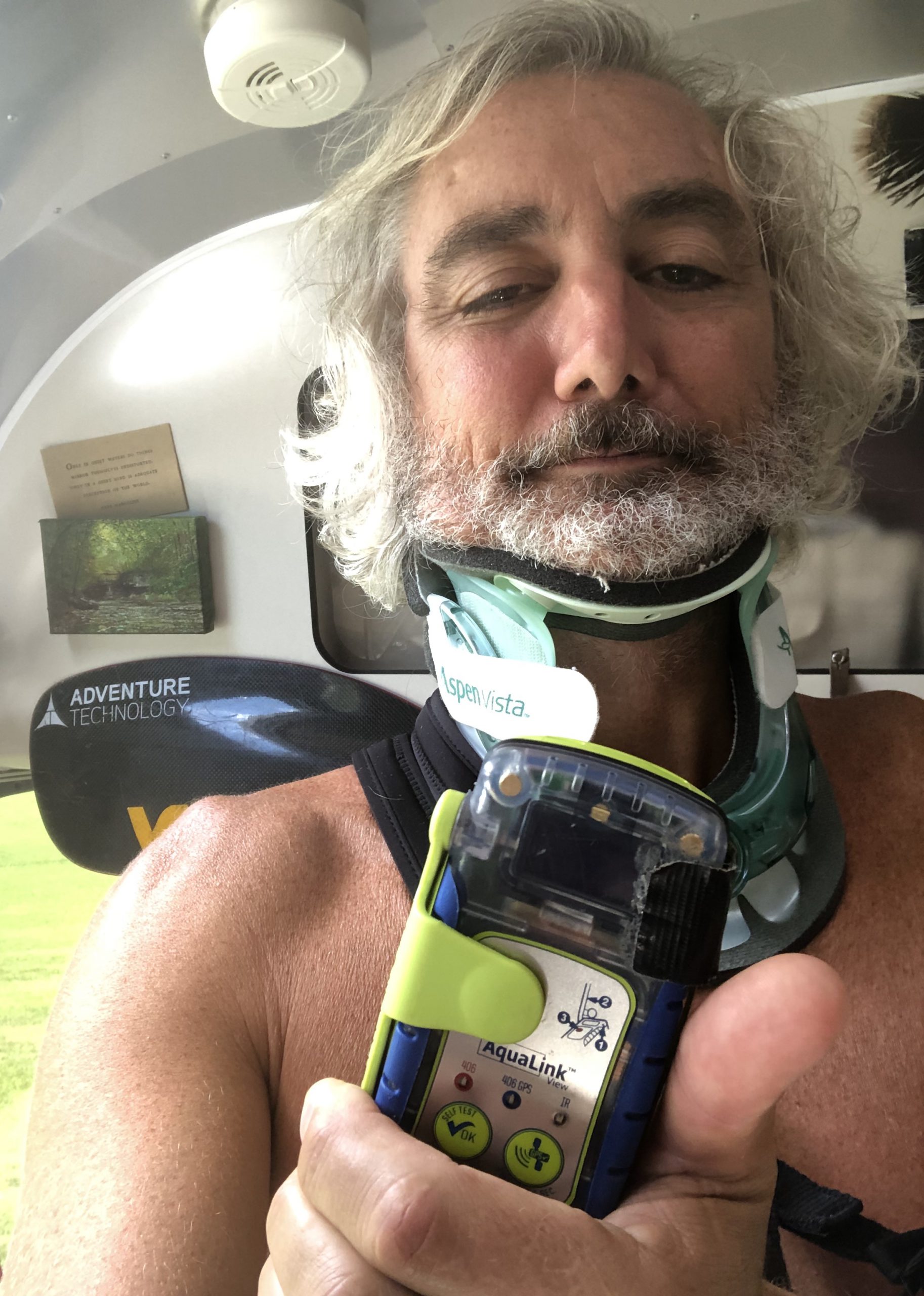 Spruce Flat Falls in the Great Smoky Mountains National Park consists of a lower fall which is probably 15-20’ high, then three larger falls above it, each between 30-45’ high. There are two ways to get to the falls. Most people visit the lowest, large fall by hiking a trail that originates at the Tremont Institute. This waterfall is popular as it has a nice pool below it for swimming. A few people (like us) take a shortcut to avoid the hike by taking the gravel road past Tremont, parking, crossing a stream, then climbing the small, lower fall. Once arriving at the first large falls, probably 3-5% or so of groups take a ‘worn’ trail or climb to the second large fall. Then rarely (probably less than 1 in a 1000) climb farther to discover the third large fall.

On July 25 that chance arrived, Kelley and I took our friends Jesse, Zeta, and their two sons, Elek and Asa to Spruce Flat Falls. We took the shortcut and as the lower large fall had a lot of visitors, we hiked on up to the second large falls, After reaching them, I decided to follow-up on Christian’s hunch and Elek decided to join me. We climbed to discover Christian was right. There was a third large fall. We then climbed beyond it to find there were no more. On our return, Elek crossed the fall first. He was on the same path we had taken before. I crossed second and had moved beyond the water flow portion of the fall when something went wrong. I will have to return there to find out what (e.g., rock gave, ledge gave, slip) but within an instant I was looking down the barrel of a fall cushioned only by rocks. I had enough time to brace against the first major impact using my right hand, but after that all went black.

During the time I was unconscious, Elek made his way down to my wife, told her I was unresponsive and guided her back up to me. By the time she arrived I had regained consciousness. The momentum of the fall (approx. 30’) pushed me ten feet beyond the cliff base where I landed up to my waist in the cold mountain stream. I was not very coherent, just moaning a lot from the injuries. I could not be moved. Jesse left to try and find rangers or a cell signal, but cell phones do not work in the NP. Kelley remembered my beacon and asked Elek to search my daypack for it. He returned with it and the rescue began. Given the remote location of the upper fall, with no trails coming into it, it took the first Park Service EMT about two hours to reach me. By that time, I had been losing blood for two hours and been fighting hypothermia for about an hour and 15 minutes. The milestones of the , best I remember or I have been told, included:

Hours 1 and 2 after the fall: Kelley as my anchor for the first two hours. Jesse and Zita caring for all the younger kids and getting them to safety. Elek helping Kelley retrieve the beacon.

Hour 3: Dillon Jones (Park Service EMT) arrives with a couple of assistants. With Kelley helping, they extract me from the water to halt the worsening hypothermia. They cannot hear my lungs over the sound of the falls, but my breathing is shallow so fractured ribs, collapsed or bleeding into lung(s) are suspected. They get a helmet on my head.

Hour 4: Dr. Rusty Miller, doctor at Children’s hospital and Park Service volunteer, arrives and with Dillon tries each hand, foot, arm, leg to get an IV without success. They eventually perform I/O procedure in my shin bone with success. They plan for contingencies of over the ground rescue as National Guard chopper is delayed due to weather. They move me to a location for extraction over very tricky terrain below the falls.

Hour 5: National Guard dispatches Blackhawk helicopter and crew to the GPS location sent by beacon. Weather creates two additional delays, but eventually two medics are lowered, move me, then secure me, to a gurney.

Hour 5 +15 min: Blackhawk pulls me up (confirms ribs are broken as the gurney pulls around me tight). At about 30’ from the chopper, the gurney began spinning rapidly with the rotors, then got a second concussion as my helmet hit the chopper to stop the spinning. Thankfully, they retrieved then revived me immediately (I saw someone right above me on the edge of the chopper bay right before things went black again and came to after being given something up both nostrils). For the first time in over five hours, I felt like I could quit fighting to stay alive, that now I was past the danger zone. According to what I was told, the flight took 12 minutes. I remember being harnessed in securely but not landing. The next thing I remember were hallway ceiling lights whirling by as they ran me through the hallway of University of Tennessee Medical Center’s Trauma Unit ICU.

During those 5+ hours, three times I was given something up my nostrils to “come to” or “come back”. I heard, “Stay with me Nadi” more than I can count (Nadi is the name everyone calls me). During those hours, many heroes, starting with my wife Kelley, but also Jesse and Elek, Dillon and Rusty, and the National Guard rescue team pulled me through minute by minute, step by step.

Once stabilized and assessed in ICU, I was found to be very blessed. I had seven fractured ribs, four fractured vertebrae, a separated shoulder, bleeding in my lungs, two concussions, two lacerations requiring staples, a damaged ear drum, BUT I had NO paralysis, no internal organ damage, no brain damage, and no lasting consequence from hypothermia. I have a long road ahead to recover, but I am so grateful that my beacon supported everyone who supported me and that I will return to the back country one day, good as new, with a beacon beside me every step of the way.

When your mind tells you “I may not make it.” Reply “Bullshit”.

When suffering hypothermia, imagine a time space not so faraway under a warm blanket.

When someone you love, stays with you while they think you may not make it, always remember that your suffering is nothing compared to theirs.

My journey to safety began with the movie 27 hours. After seeing it, I began telling someone where I was going. My journey continued when my friend told me about Aqualink View. I carried it past many a rattlesnake, a riled up bear, but never used it. It was truly when I least expected to need it, that my wife, not I, pushed the button and, quite possibly, saved my life.

Go to product details
This Product Has Been Discontinued.   **NOT FOR SALE IN U.S.A.   Head offshore with the confidence of the handheld AquaLink™ View Personal Locator Beacon (PLB). Its digital display provides all the important information about the beacon's functions, including GPS positioning and transmission bursts. Plus, its buoyant design means that if the AquaLink View accidentally falls overboard, it'll float. Have peace of mind knowing that if a boat emergency should occur, this personal emergency beacon will quickly relay your position to satellite networks, and reduce search and rescue time.