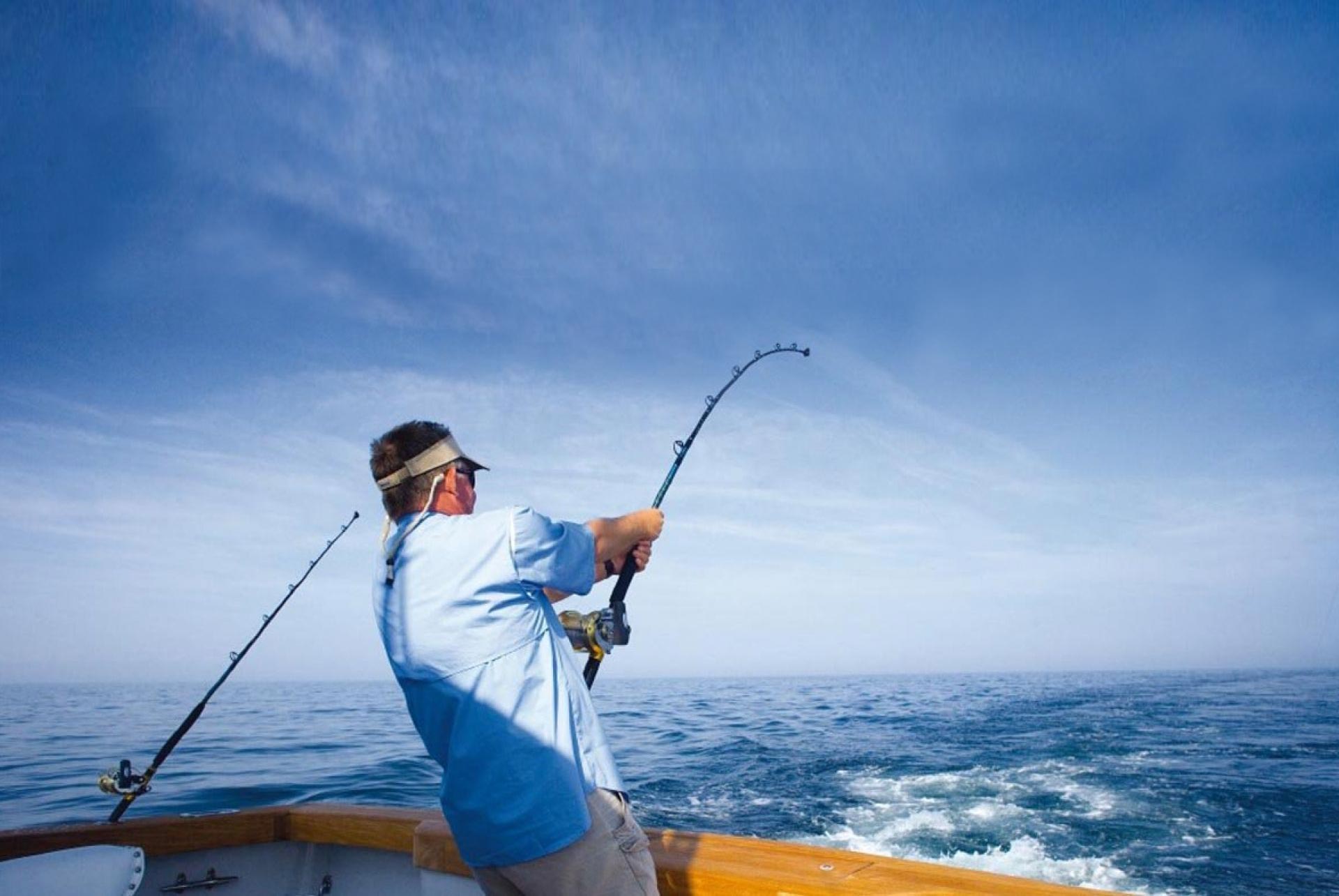 The annoying buzz at 4:00 a.m. from the same alarm clock I so despise during the week; somehow bestows me with a giddy exuberance and anticipation on tournament mornings. Not completely sure if I ever fall asleep, the thoughts and images from the restless night fills my mind as I stumble from bed and nearly fall into the shower. I play the scenario in my mind over and over, thinking and hoping that today will be the day. A screaming reel, the hurried pursuit, and an excited crew precedes a resounding thump of a Scomberomorus cavalla, better known as the king mackerel, being hoisted over the gunwale and onto the deck by the enthusiastic gaffer. An ensuing celebration of grown men shrieking, slapping high-fives, hugging, and hyperventilating follows this magnificent test of wills in nature. This is the essence of tournament king mackerel fishing.

As I pondered the subject of how to describe to others this exciting venue, I found my mind racing about all of the things I can share about this competitive sport. We have won tournaments that paid more than $50,000; won the 2008 Yamaha Professional Kingfish Tour “Angler of the Year”; and are blessed with many amazing sponsors. So, is it the cash prize that drives king mackerel fishermen to make the sacrifices of losing sleep, missing work, spending money, and long road trips? To tell you “no” would not be entirely true.

The potential financial reward is extremely important and certainly a driving factor in our decision to chase this mysterious fish that defies our understanding at times. However, it goes much deeper for most teams than hoping to gather a big payday at the end of a tournament. Even in some of the most popular and most entered tournaments, you must finish in the top 5 to truly “break even.” Tournament trails such as the Southern Kingfish Association (SKA), Bluewater Movements, Bluewater Promotions and The Wild West Kingfish Tournament Series have brought the sport to the forefront of competition, excitement, and conservation. However, I don’t know of any fishermen who are making a living by fishing king mackerel tournaments. By contrast, there are numerous fishermen that are able to be full-time anglers on the freshwater large mouth bass tournament trails. So, why not put our time and energy into something that could be more profitable? — because the competition and challenge of trying to locate a pelagic species that could be in 10 feet of water one day and 110 feet the next is riveting.

As a team, you are not only battling other talented fishermen, but a fish that carries a mystique because of its bursts of raw speed and power that is not matched by any other species caught consistently within 20 miles of land. Finding that one elusive smoker king is the most captivating part of the sport. At any time during a tournament, a screaming reel and “FISH ON!” shriek can defibrillate a heart rate from a melodious, rested state — as you sleep in a bean bag chair on the bow — to one of near anguish and arrhythmia. I have got to believe that one good 45 second, 300 yard king mackerel run during a tough day of competition must equal at least one hour of a cross-training, elliptical, cardiovascular workout. Depending on the stubborn nature of the silver torpedo, a battle can last from only a few minutes to more than a half-hour on 20 pound class tackle. After all of the lines have been cleared and rods placed in rod holders, team members rhythmically take their posts to orchestrate landing what they hope is a “money” fish. (I’m not so sure that the word “pride” couldn’t replace “money” as its synonym.) Each member generally has their assigned task from angling, to gaffing, to driving the boat, to making sure nothing is in the way of the angler. Each job is equally important. The great thing about tournament fishing is that no single person “catches” the fish. It is an entire team effort, and I don’t think in ten years of tournament fishing I have ever heard any phrase describing a catch other than “WE caught a fish.”

Once the initial strike and run takes place, the anticipation of confirming that it is the correct species keeps the heart rate at a peak level. As the fish is battled to just off the bow of our team’s Yamaha powered Intrepid Powerboats 375TE center console, the flash of the king mackerel’s silver side is enough to take your breath and make your temples throb. Only after the gaff has been sunk into the fish’s side and brought over the gunwale will a team allow the tension to turn into a full-blown, child-like exuberance that can only be rivaled by your first kindergarten sandbox party. If the fish “in the box” is of a quality that may help pay the bills, the remainder of the day is a much more relaxed and jovial atmosphere. The scenario that was replayed time and time again in my mind has come to fruition. I don’t know if this short synopsis of tournament king mackerel fishing justifiably describes the passion, desire, and the down right periodic lunacy of many dedicated tournament anglers. But, it has helped me justify the Liquid Fire Fishing Team’s desire to launch ourselves once again into this craziness for another exciting year. Yes, we’re ready for that 4:00 a.m. wake-up call… time, after time, after time!!