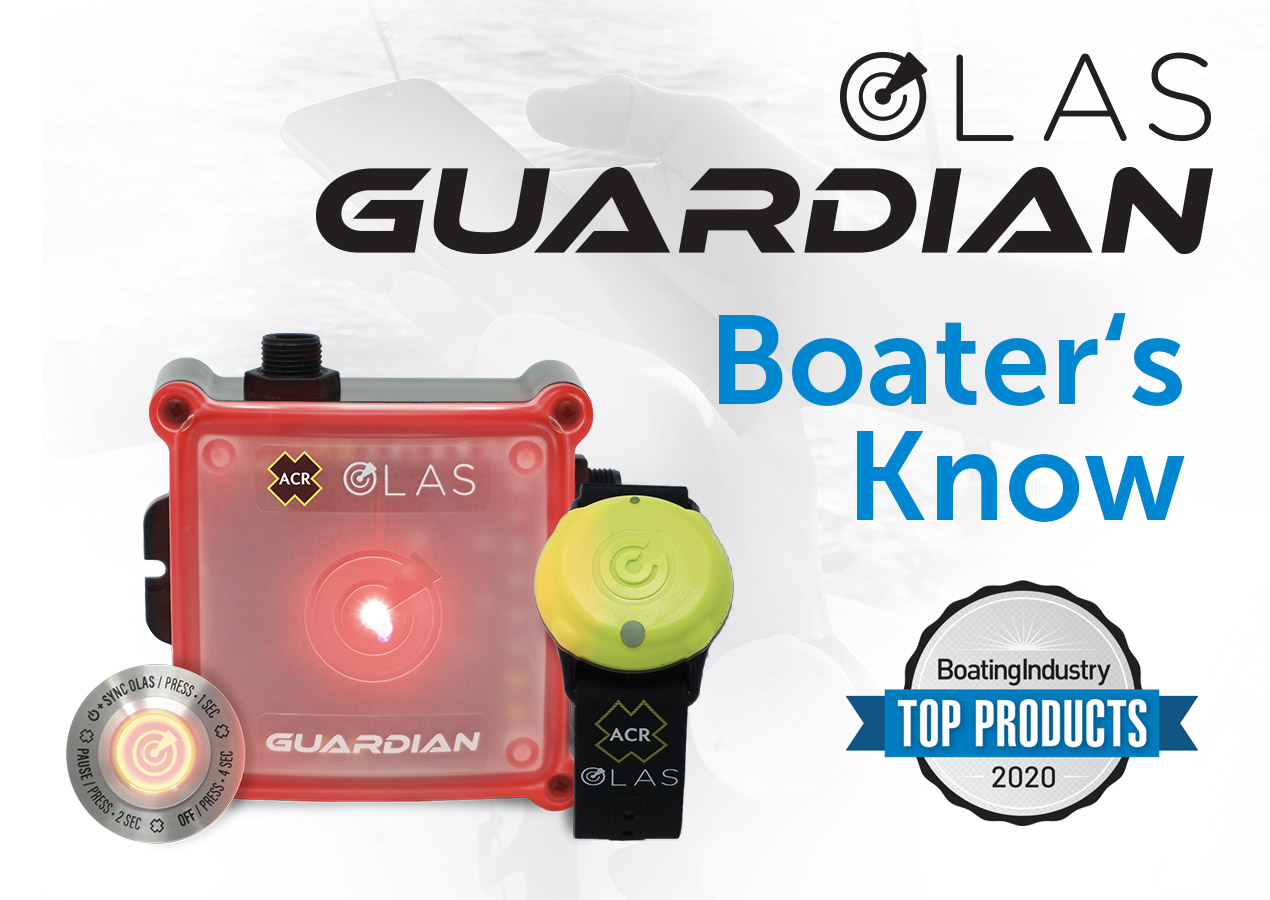 The new ACR OLAS Guardian wireless engine shut off switch or engine kill switch and alarm was named a Boating Industry Top Product for 2020.   The ACR OLAS Guardian will stop the engines within two seconds of a person, or pet, going overboard. It will also trigger a loud 85db alarm, alerting everyone onboard of the emergency, or, if boating alone, reducing the chances of a serious accident from an unmanned, uncontrolled vessel.

Wirelessly connecting up to 15 family members via wearable ACR OLAS transmitters, the ACR OLAS Guardian allows the skipper and crew to move freely around the boat without the constraint of a physical wired kill cord. The engine will cut out within an instant of an OLAS Tag or Float-On light losing connection, either because of a man overboard (MOB) situation or via separation by distance. After five seconds, the kill switch is deactivated, enabling the engine to be restarted.

Mikele D’Arcangelo, Vice President of Global Marketing and Product Management for ACR said: “Our goal is to make boating safer and more enjoyable for families this summer. The OLAS Guardian provides a virtual lifeline around your boat whether you are by yourself or with the entire family. Pair this with an ACR Emergency Position-Indicating Radio Beacon (EPIRB) or Personal Locator Beacon (PLB) to provide valuable peace of mind during the busy boating season.”

Quick and easy to install, the compact Guardian device connects to a vessel’s 12/24v power supply and existing kill switch using the supplied connectors. The Guardian will automatically connect to any switched on OLAS transmitting devices within 2-meter range once the vessel is boarded and power switched on. A pause mode allows the user to leave the boat with the engine idling.

The ACR OLAS Guardian is easily operated via the ACR OLAS mobile app, which, in the case of a MOB incident, provides an easy to read directional screen showing where the alarm was triggered and advising on the correct mayday call. The App also allows the users to customize which crew transmitters will trigger engine cut-off and which will only trigger the audio/visual alarms.

Used in place of or alongside an existing kill cord switch, the ACR OLAS Guardian provides coverage for vessels up to 50 feet, or up to 80 feet with the use of the ACR OLAS Extender.

To learn more about the entire OLAS range of products, visit www.ACRARTEX.com for more information.