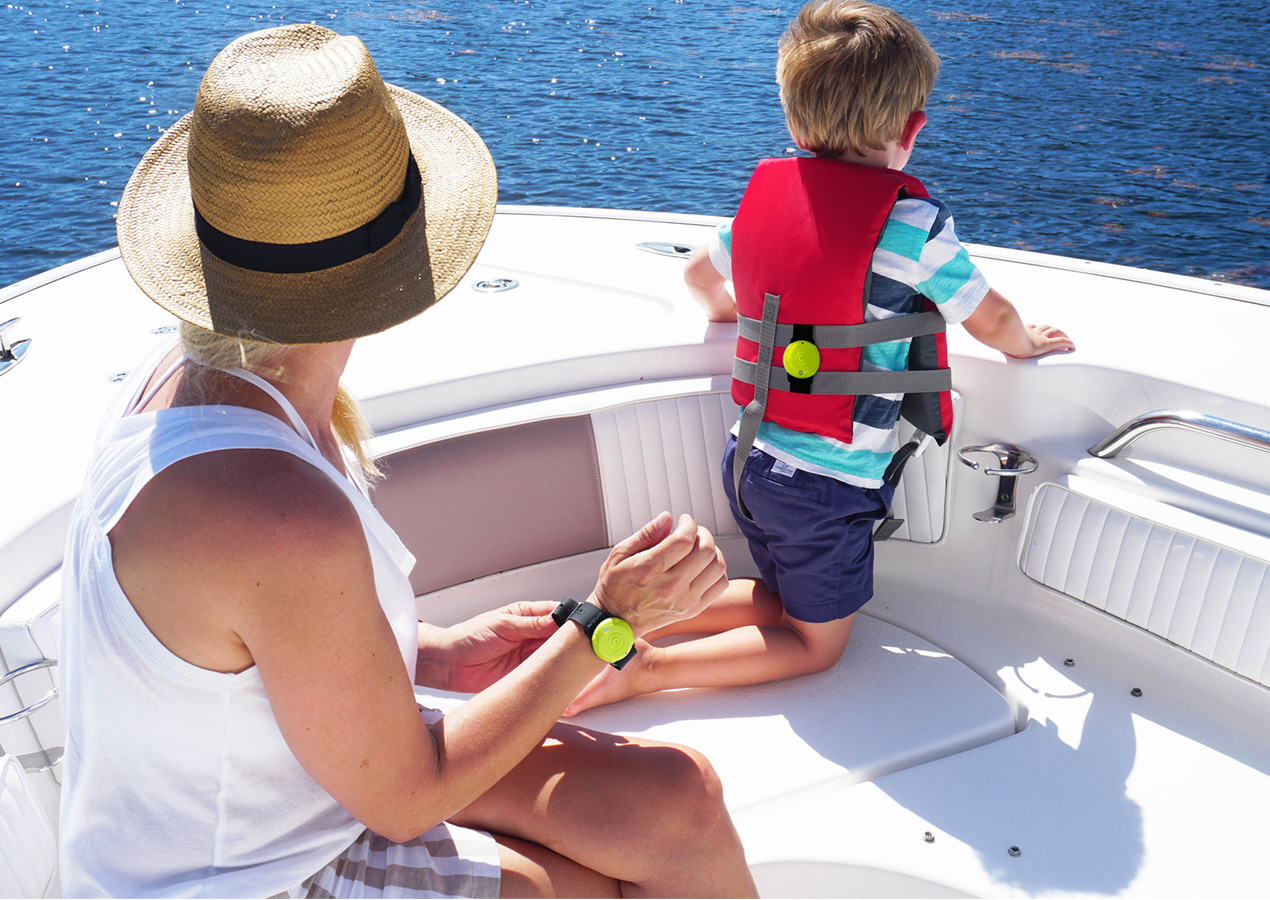 Fort Lauderdale, FL – The ACR OLAS Guardian system, an option within the full ACR OLAS (Overboard Location Alert System) product portfolio, will stop the engines within two seconds of a person, or pet, going overboard. It will also trigger a loud 85db alarm, alerting everyone onboard of the emergency, or, if boating alone, reducing the chances of a serious accident from an unmanned, uncontrolled vessel.

Wirelessly connecting up to 15 family members via wearable ACR OLAS transmitters, the ACR OLAS Guardian allows the skipper and crew to move freely around the boat without the constraint of a physical wired kill cord. The engine will cut out within an instant of an OLAS Tag or Float-On light losing connection, either because of a man overboard (MOB) situation or via separation by distance. After five seconds, the kill switch is deactivated, enabling the engine to be restarted.

Quick and easy to install, the compact Guardian device connects to a vessel’s 12/24v power supply and existing kill switch using the supplied connectors. The Guardian will automatically connect to any switched on OLAS transmitting devices within 2-meter range once the vessel is boarded and power switched on. A pause mode allows the user to leave the boat with the engine idling.

The ACR OLAS Guardian is easily operated via the ACR OLAS mobile app, which, in the case of a MOB incident, provides an easy to read directional screen showing where the alarm was triggered and advising on the correct mayday call. The App also allows the users to customize which crew transmitters will trigger engine cut-off and which will only trigger the audio/visual alarms.

Used in place of or alongside an existing kill cord switch, the ACR OLAS Guardian provides coverage for vessels up to 50 feet, or up to 80 feet with the use of the ACR OLAS Extender.

Installed as a base station or used as a portable solution, the Core can also be used in conjunction with the OLAS Extender, acting as a MOB alarm system by connecting to up to 15 wearable OLAS transmitters. The virtual lifeline to crew members triggers an instant emergency alert within 4 seconds of a MOB incident and also connects with the ACR OLAS mobile app.

Mikele D’Arcangelo, Vice President of Global Marketing and Product Management for ACR Electronics, said: “The ACR OLAS Guardian, Core and Extender complete our OLAS portfolio to give families boating the reassurance that they are well prepared in the event of a person going overboard. Essentially creating a virtual kill cord to protect up to 15 crew members, the Guardian system negates the need to constantly remember to attach, detach and re-attach the physical cord. We also wanted to design a system that could scale with your family’s and your boat’s needs, so that even larger crews are protected. For boaters already using the ACR OLAS Tag and Float-On, it is possible to affordably extend their OLAS functionality to ensure they are benefiting from a robust set of safety features for themselves, crew and family whenever they head out on the water.”

OLAS technology provides an affordable man overboard alarm system for cruisers and boaters through the ACR OLAS Tag and ACR OLAS Float-On, both of which pair with your device and connect to the free iOS and Android ACR OLAS app. Compact and versatile for attachment on your wrist or lifejacket, the Tag’s universal silicone strap can be used by crew, children and animals and is ideal for day time cruising or short-handed daytime sailing for constant reassurance onboard. The OLAS Float-On is a water-activated USB rechargeable torch, which is easy to attach to a life jacket and ideal for boaters sailing during the day and into the night.

Once the ‘virtual tether’ between your OLAS system and device is broken, the OLAS mobile app will emit an alarm and light signal, record the time and GPS location of the incident, illustrate the direction and course to return to the alert GPS location and advise on VHF Mayday Call using pre-set vessel information. Up to 6 Tags or Float-Ons can be connected to one phone or tablet and one OLAS device can be connected to multiple phones or tablets.