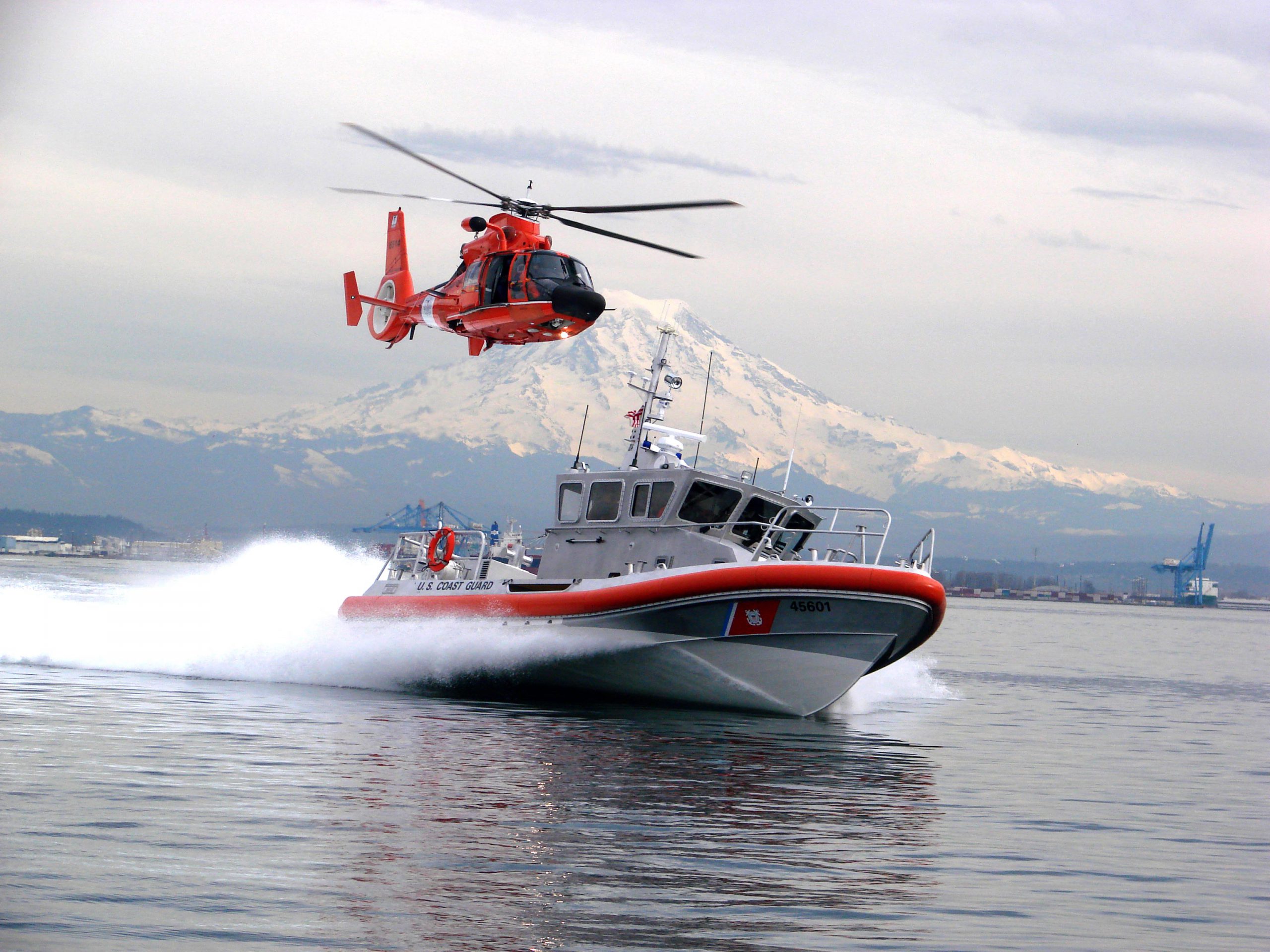 3. The satellites relay the 406 MHz emergency message to a ground station called the Local User Terminal (LUT). The LUT calculates the location of the signal by measuring the Doppler shift caused by the relative movement between the satellite and the beacon and forwards the location to the Mission Control Center (MCC).

4. The MCC continues to receive information from additional satellite passes and further refines the beacon position (2.3 NM search radius). An alert message is generated that is combined with the registration information from the database and is forwarded to the appropriate Rescue Coordination Center (RCC).

5. The RCC makes contact with the persons listed in the database to verify the existence of an emergency and gathers additional information about the beacon users. The RCC will dispatch the closest, capable Search and Rescue (SAR) forces.

6. Local SAR forces launch a rescue mission and use the 121.5 MHz homing signal to pinpoint the beacon.

* On average, worldwide, this notification (steps 2 through 5) take up to one hour for non-GPS beacons. For self-locating beacons that provide GPS position data in their first transmissions, the search radius is reduced to .05 NM (100 m) and the notification can take as little as three minutes. (Data provided by Cospas-Sarsat.)

ABOUT THE COSPAS-SARSAT SEARCH AND RESCUE SYSTEM

Orbiting high overhead every minute of the day is a worldwide network of polar-orbiting and geostationary satellites. Together with Russia's Cospas spacecraft, they make up the high-tech international Search and Rescue Satellite-Aided Tracking System known as Cospas-Sarsat.

Cospas-Sarsat has been credited with nearly 30,000 rescues worldwide. The system relies on signals received on the 406 MHz frequency to pinpoint position and speed rescuers to the scene of an emergency on land or at sea.

As of February 1, 2009, satellite processing of distress signals from the older 121.5 and 243 MHz emergency beacons was terminated worldwide due to unreliability and false alarms. When a 406 MHz beacon signal is received, search and rescue personnel can retrieve information from a registration database.

This includes the beacon owner's contact information, emergency contact information and details regarding the specific trip plan and any medical conditions of the owner or members in the party. Having this information allows the Coast Guard, or other rescue personnel, to respond appropriately. NOAA, along with the U.S. Coast Guard, is strongly advising all mariners, aviators and individuals using 121.5/243 MHz emergency beacons to make the switch to 406 MHz in order to take full advantage of the Sarsat system.

Cospas-Sarsat is maintained and operated by governments all over the world, thus there is no subscription fee required for owning a 406 MHz EPIRB, ELT or Personal Locator Beacon.